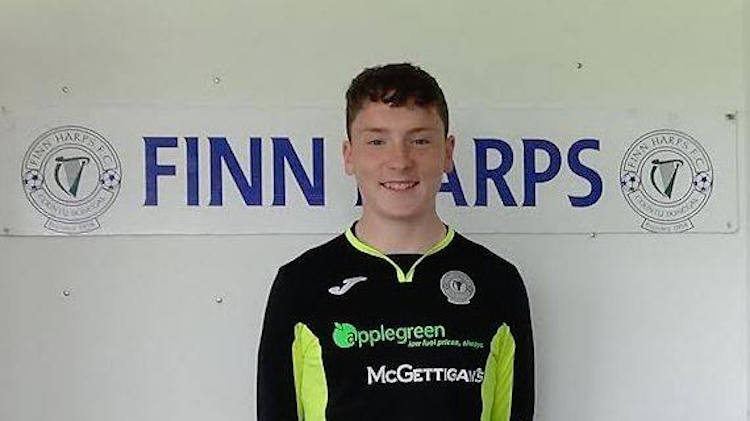 FINN Harps goalkeeper Patrick McGarvey was drafted in to the Republic of Ireland Under-17s squad for yesterday’s Elite Round qualifier win over Israel.

The highly-rated McGarvey was brought into the panel as the replacement goalkeeper due to an illness that affected Josh Keeley.

First-half goals from Oliver O’Neill and Anselmo Garcia McNulty followed by second-half finishes from Sinclair Armstrong and Evan Ferguson were enough to see the young Boys in Green.

The win makes it three wins out of three to ensure they head into the next stage of the qualifiers as group winners.