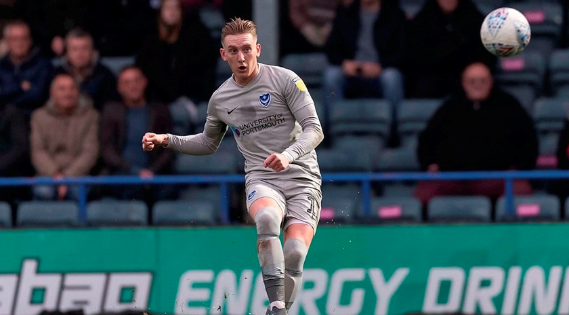 Confidence back for Curtis as deadly double sinks Rochdale

RONAN Curtis believes he is back to his best again after his brilliant brace helped Portsmouth to a 3-0 win away to Rochdale yesterday.

Curtis’s double and another goal by Ryan Williams saw Pompey claim a comfortable win at Spotland which moves them into the top half in League One.

The goals, which came either side of half-time, mean that the St Johnston man has netted four times in his last five games.

“Every player will go through highs and lows, but I just kept going and knew that things would fall for me,” Curtis said.

“The confidence comes from there and I’ve been working on my finishing in training – both with the left and right foot.

“They had a young full-back and I’ve been able to come short. John (Marquis) played it to me and it was a good finish.

“It was pretty similar for the other one and I was able to hit it first time. From that point on, we battered them. 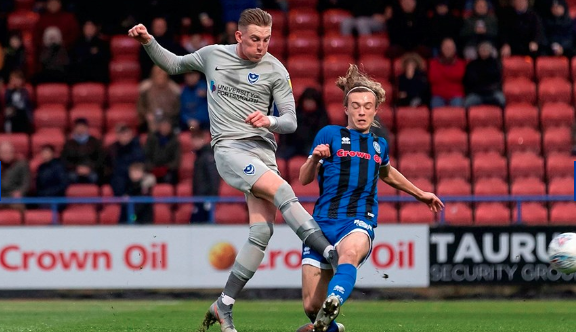 “We knew that Rochdale were a passing team and we had to isolate them, so that second goal was vital.”

Both Curtis and Portsmouth had a difficult start to the season, but with the former Derry City winger purring again Kenny Jackett’s men are in form again.

Curtis said: “Rochdale dominated possession, but that doesn’t win you games of football. We went on to get a third and take all three points.

“We hadn’t had a match for a while, so we really wanted to come to Rochdale and prove ourselves. It paid off.

“It’s important that we keep going and give 100 per cent. We haven’t lost in a while, so we’re feeling confident and want to go on a run.”

Curtis hopes his form will catch the eye of Mick McCarthy, who opted to leave the former Kildrum Tigers schoolboy out of his most recent squad.

He said: “It’s always a proud moment to play for your country, but if I keep scoring goals here then I’m sure that will happen again.”