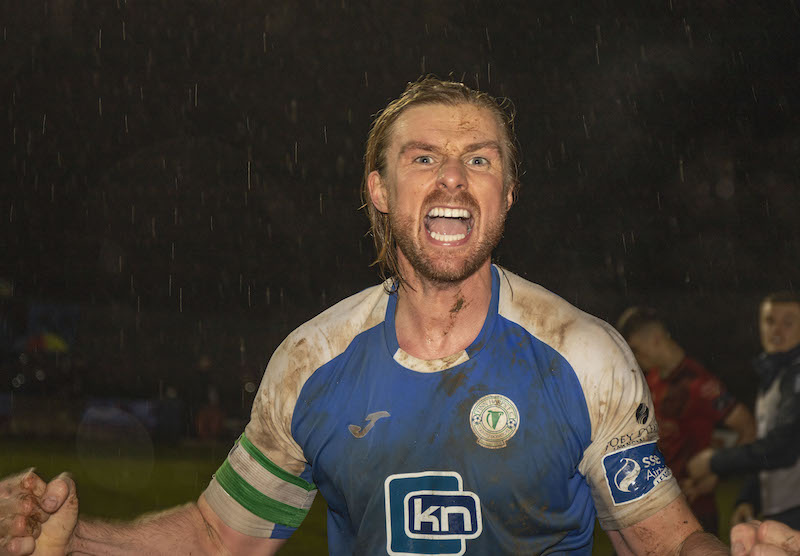 KEITH Cowan has confirmed that he will not be staying at Finn Harps for the 2020 season.

The 34-year-old centre-back has called time on his Harps career – a time that spanned two periods at Finn Park.

Signed first by Felix Healy in 2005, Cowan returned to Swilly Rovers in 2008. He was back at Harps in 2010 and has been there ever since.

While hopes were high among the Harps faithful that Cowan would give it another go, the Ramelton man has announced on social media that he won’t be at the club next year.

“Having met with the manager and after giving it careful consideration, I have decided not to renew my contract with Finn Harps for the up coming 2020 season,” Cowan said.

“Since making my debut on the 20th of April 2005, and rejoining again in May 2010 having recovered from knee surgery relapse and completing my studies, it’s been a hell of a journey.

“Every time I pilled on the Harps jersey since that day, I was fulfilling my boyhood dream of playing for the club.”

Cowan won promotion with Harps twice – in 2015 and 2018 – and this year helped Ollie Horgan’s men to stay in the Premier Division.

He said: “A thank you to the managers and coaches that I have worked with, that taught me so much. The amazing players who I went into battle with on so many occasions, many of whom I can now call my friends. To the supporters that have backed and motivated me, I thank you all.

“Captaining the club to promotion and Premier League survival is an honour that I hold dear. Those closest to me and a few individuals around the club know the passion and desire I have for Finn Harps and I hope this was evident in my performances over the years.

“When I rejoined the club in 2010, we were in the First Division and as I step away it fills me with immense pride that Finn Harps are a Premier Division club.”

Cowan has followed the likes of Harry Ascroft, Nathan Boyle, Daniel O’Reilly and Raffaele Cretaro in stepping away, with others expected to follow.

Cowan added: “I believe the time is right for a new challenge, while I wish the club and especially the players the very best for the new season and beyond.

“I’ll see you on the terraces. Up the Harps. Blue and white Army.”

While Cowan’s next move has yet to be confirmed, he is set to continue in football with a switch to the Irish League a possibility for the popular defender.