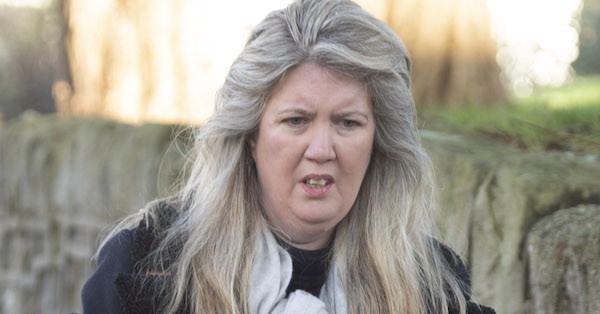 Woman stole €760K and blew it on high-end fashion

A 47-year-old woman who stole €760,000 from her employer has pleaded guilty to 20 sample counts of theft at Donegal Circuit Court.

Tara Sweeney, with an address at the Glebe in Donegal Town, spent most of the money on high-end fashion goods purchased online.

The thefts occurred at the County Donegal Education Centre over a six year period.

Sentencing in the case was today has been put back until next March.

The court was told that Tara Sweeney was an accounts administrator at the Donegal Education Centre from 2009 until 2015.

RTE reports that she had no formal qualifications but was solely responsible for payroll and had full access to seven bank accounts.

It was only in June 2015 when a new director was apppointed to the company that suspicions were raised about large amounts of money missing.

Tara Sweeney resigned from her job and Gardaí carried out a search of her home. They discovered ten black refuse bags filled with documentation from her workplace.

An expenditure analysis by a specialist accounting firm showed electronic credit transfers totalling over €760,000 going into accounts in her name.

The court heard the balances in those accounts were moderate given the level of substantial withdrawals.

Detective Garda Ciaran O’Brien told the court that the bulk of money was spent on high end fashion goods including designer handbags by Gucci and Prada, cosmetics, sunglasses, clothes, shoes, perfume and jewellery.

The court heard that thousands of items were left in bags and boxes unused once they had been purchased.

When interviewed by Gardaí, she admitted that she had made all of these purchases but couldn’t remember individual transactions.

Giving evidence in court, she said she found it difficult to explain her online shopping addiction other than to say she did it to make herself feel better.

She had been under a lot stress in the workplace, had lost her mother and was bringing up her son alone.

Tara Sweeney apologised to her family and former co-workers for the pain and distress she had caused.

A psychiatric report described her as a loner who had suffered depression in the past but she showed no signs of mental illness and had accepted full responsibility for her actions.

Peter Nolan, barrister for Tara Sweeney, said she had indulged in behaviour that was the ruination of her life.

He said she had been chasing an illusion whereby purchasing thousands of luxury goods would sort out her life.

He said Ms Sweeney was now unemployed and facing repossession of her house.

He asked Judge John Aylmer not to send her to prison saying she had engaged in criminal activity but was not a “typical criminal”. Tara Sweeney had no previous convictions.

The Judge deferred sentencing until next March.

The County Donegal Education Centre have issued proceedings in an effort to recover some of the monies lost.