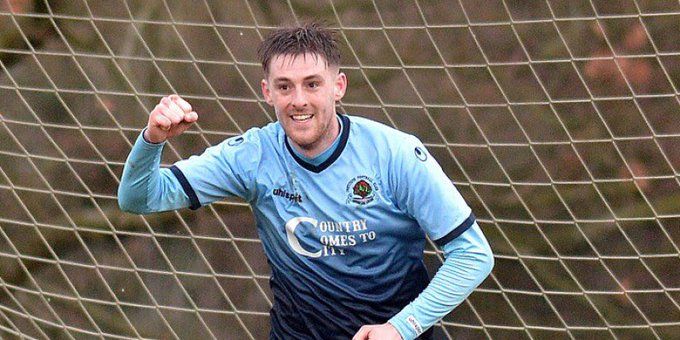 Connor substitute Grace after he was booked in the first half and said afterwards: “Niall Grace has played his last game for Institute, that’s 100 per cent.”

Grace has signed for Bonagee and trained with the club on Tuesday night.

“When a player like that becomes available, you always have to be interested,” Gibson, who has also added former Finn Harps defender Packie Mailey to his ranks, said.

“Niall can play right up the centre of the pitch and he has played up front front before, too

“Paul Higgins (Bonagee coach) has to take a lot of credit for signing Niall as he worked with him in the past. We’re not certain where we’ll use him yet, but players like him in a squad are invaluable.”

Bonagee are still awaiting the arrival of an International transfer certificate (ITC) in order for Grace to feature ahead of a crunch few days in the bmcsports.ie Ulster Senior League.

Mailey is expected to feature with the Convoy man, a former Harps captain, joining the club over the Christmas period.