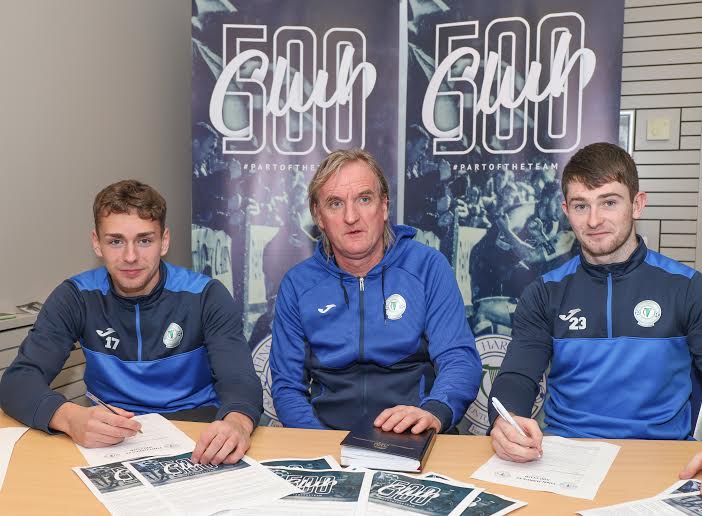 SCOTSMAN Mark Russell has returned to Finn Harps for 2020 while Ollie Horgan has added ex-Limerick winger Karl O’Sullivan to his squad.

Russell started 25 times in 2019 and scored in the play-off win over Drogheda in November.

While at Greenock Morton, Russell was named in the Scottish League One Team of the Year in the 2014/15 season.

“It was a bit of a tough time for me when I first arrived and t took me a while to adjust,” Russell said.

“In fairness to Ollie he let me go home when he could and I think once I did settle in my performances really improved.

“It’s hard being away from home but I really did enjoy my time here and I’m glad to be back.”

Russell was a consistent performer last season and Harps fans will certainly welcome confirmation that he’s back at Finn Park.

Russell said: “Last season was definitely an enjoyable one. We achieved our goal and it was a great season for everyone involved. I was also pleased to play as much as I did.

“I spoke to Ollie at the end of the year and we kept in touch throughout the off season.I was always keen on coming back and once he had committed to the club and signings started coming in I knew its where I wanted to be.”

O’Sullivan has been at Limerick since 2017, while he has been in the Republic of Ireland Under-21 squad with Stephen Kenny.

“I’m delighted to sign for the club and that Ollie has given me the opportunity to play in the Premier Division again.”