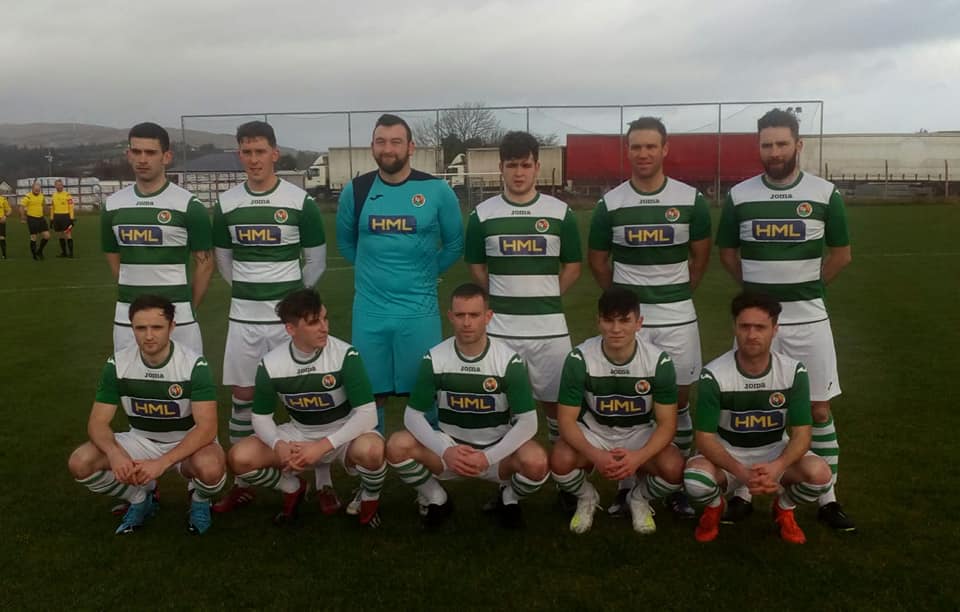 COCKHILL will feel that this is one that got away after a poor second half meant they had to settle for a draw and an Intermediate Cup replay in Dublin.

After a scrappy opening Cockhill fashioned the first chance on 12 minutes when Stephen Duffy’s cross from the left found Malachy McDermott whose shot was well tipped round by Karl Coleman.

Kilnamanagh were dangerous on the break with Gary McCabe pulling the strings in the number 10 position. On 18 minutes his through ball had just too much on it allowing Gavin Cullen to smother at Anthony Harvey’s feet before his free kick was headed wide by Harvey.

Cockhill took the lead in the second minute of injury time at the end of the first half. A Ronan Doherty free kick was met by a pinpoint header from James Bradley.

Kilnamanagh started the second half on the front foot but their plans looked like being undone when Liam Harding received a second yellow card on 50 minutes.

However, as is often the case, this seemed to distract Cockhill and galvanise the away team.

McCabe fired over before Kilnamanagh equalised against the run of play on 68 minutes.

Ronan Doherty went down injured while in possession in the centre circle with Stephen Kinch taking up the ball and advancing forward before rounding Cullen and slotting home.

Cockhill went in search of the winning goal but their opponents were content to sit in and defend leaving clear cut chances at a premium.

An Oisin McColgan header from a corner and a looping cross from Duffy which almost dropped in were the closest they came.

Match finished and honours even but while Cockhill will be annoyed to be playing a replay, they should go into it confident that they can complete the job in Dublin.