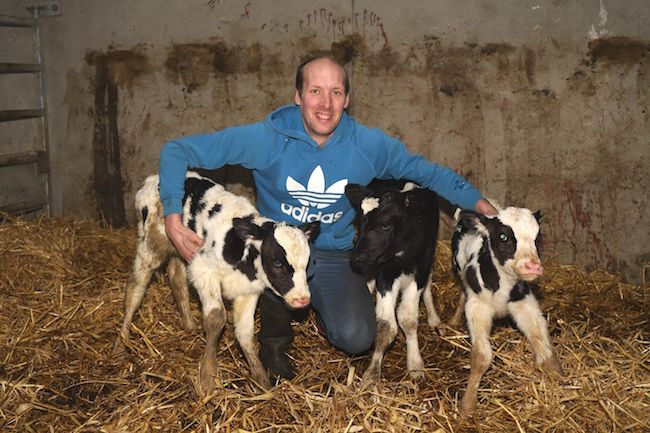 Donegal farmer Tommy Meehan is thinking of doing the lotto after one of his cows gave birth to triplets!

But that’s exactly what one of Tommy’s Holstein Fresian cows did last weekend at his farm at Dromore, Ballindrait in Lifford.

Tommy, whose family has a herd of more than 330 milking cows, got the surprise of his life when he went to check on the cow on Saturday morning last.

He revealed “I have a camera system installed and I knew the cow was due to give birth. I didn’t realise it was more than one though.

“I checked on the camera in the middle of the night and I saw it was two and I was delighted. When I went down to check the next morning I was so shocked to see there were three calves.

“They were all healthy and moving around and I was just so delighted. It’s a great start to the New Year.”

Tommy said this is the first time in his generation or his father’s generation have ever had triplets on their farm.

He added that it might be start of a lucky streak for him.

“They say luck comes in threes so I might just pop down and do the lotto,” he laughed. 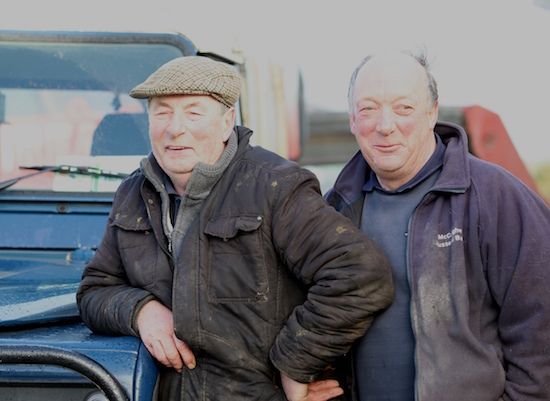 Tommy and John Meehan at the family farm. Pic by Northwest Newspics.