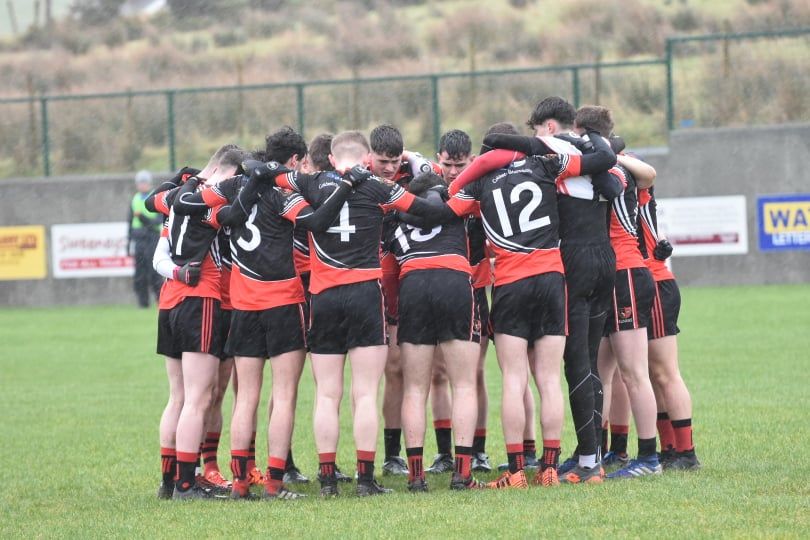 ST EUNAN’S College will not play their Danske Bank MacRory Cup quarter-final until next week.

St Eunan’s were pencilled in to play St Colman’s of Newry this evening but the adverse weather conditions has seen all four quarter-finals put back a week.

All the games for this weekend were yesterday put back by the organisers.

The Ulster Schools said: “The weather is yet another obstacle that the Ulster schools’ Council has had to face this term following the granting of permission to schools’ players to take part in inter-county under 20 competitions, a decision that has basically ruled out weekend games which have been a feature of the MacRory Cup.

“Ulster Schools’ Council intend that the games scheduled for this week will shift to the equivalent days next week despite it being mid-term break in almost all the schools.”

It is likely that St Eunan’s will now face St Colman’s next Wednesday with the venue still to be determined.

St Patrick’s Academy will take on St Mary’s Magherafelt on Monday evening in Ballinderry and just up the road in the Loup, St Patrick’s Maghera will face Holy Trinity Cookstown on Tuesday 18th.

It is anticipated that there will be two games on Wednesday 19th. MacCormack Cup holders Omagh CBS will go to the Athletics Ground to take on St Patrick’s Armagh while a venue is still sought for the St Colman’s-St Eunan’s clash.