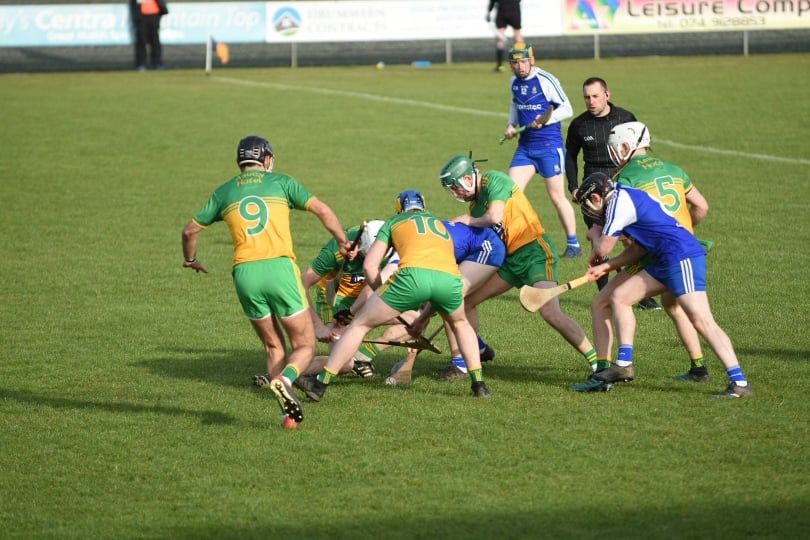 PROMOTION from Division 3A remains the number one priority for 2020, insists Joe Boyle.

A 1-15 to 1-5 win over Monaghan yesterday keeps Donegal on track ahead of a tricky await tie against Longford next weekend.

After being relegated last year, Donegal are eyeing up a promotion charge once more.

“You have to be up in the higher Leagues,” Boyle told Donegal Daily/Donegal Sport Hub.

“We were up there and it brought us on massively. It’s down here and it’s a battle every week. We want to get back up and keep Donegal at a good level.”

Yesterday’s win (picture above by Geraldine Diver), when PJ McCarron netted 11 minutes into the second half to steer Donegal to a comfortable triumph, was Donegal’s third in succession.

Boyle said: “We knew what we had to do after the first round defeat to Armagh. It has been must win since that.

“We have a lot to work on, but a win’s a win. It was comfortable enough. We put in a pretty good shift.”