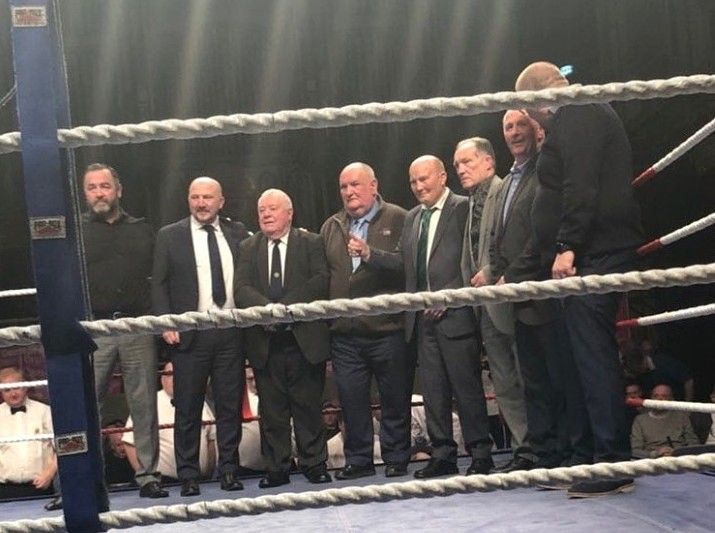 DONEGAL Olympian Brian Anderson was among the 1964 Olympians honoured this week by the Ulster Boxing Council.

Anderson was introduced to the capacity crowd, 56 years after he boxed for Ireland at the 1964 Olympic Games in Tokyo.

This year, the Olympic Games will be back in Tokyo and the Ulster Council used that link to honours the men of ’64.

Anderson moved to London in the late 1950s and boxed for the Middle Row club.

He represented both Ireland and England at international level. In the 1964 British ABA Championships, Anderson defeated Scotland’s Dick McTaggart – a 1956 Olympic Gold and 1960 Olympic bronze medallist – in a semi-final before being beaten by Robert Taylor in a controversial decision in the final.

Anderson was drafted into the Irish squad for the trip to Tokyo.

Some 269 boxers from 56 nations competed. Anderson was beaten by Touch Nol from Cambodia in his opening bout.

He later returned home to Ballybofey and in 1979, alongside his brother, Peter, formed the Twin Towns Boxing Club. His granddaughter, Ciara, is a multiple Irish champion.