RONAN Curtis is aiming to take down the colours of Arsenal, the club he grew up supporting, in the FA Cup tonight.

Portsmouth host the Gunners at Fratton Park in the fifth round with a place in the quarter-finals up for grabs,

Curtis has netted 13 times this season for Pompey and the St Johnston man will look to shine again tonight and impress Republic of Ireland manager Mick McCarthy.

“My whole family grew up as Arsenal fans,” Curtis said.

“The whole household followed them. My idol was Thierry Henry because I played up front and he was a striker. 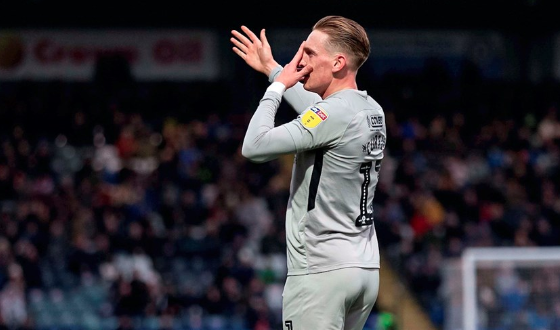 “Can we do it? Why not?” former Kildrum Tigers youth Curtis said.

“It’s 11 v 11 on the day and we’ll see what happens. If we take our chances when they arrive I see no reason why we can’t do it.

“There’s not too much for us to fear. We’ve got nothing to lose. They’re not doing too well and we’re going along brilliantly at the minute.

“If we can win our individual battles and take our chances I actually see no way we can lose really!”

A large crowd of Curtis’ family will be at Fratton Park tonight, but will be in the unusual position of cheering against the Gunners.

Curtis signed from Derry City in the summer of 2018 and has become a real fans’ favourite on the south coast.

He added: “All the family are going to be flying over for the game and the support’s going to be brilliant.

“It’s lovely when they all come over to see me play. It’s one, big massive circle – my circle.

“My parents come to watch every game. Being here has been an eye-opener for them and they love it to pieces.”