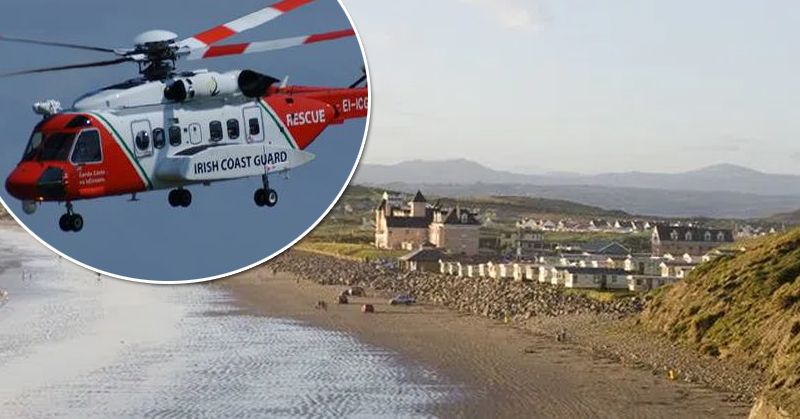 Man airlifted to hospital after collapsing on beach

A man has been airlifted to hospital today after taking ill on Rossnowlagh beach in South Donegal.

A multi-agency operation was launched before 11am this morning to assist a man who had collapsed. The man, believed to be aged in his eighties, was found by a passer by who raised the alarm.

The Rescue 118 helicopter was tasked to the scene by Malin Head Coast Guard. Four volunteers with Bundoran RNLI travelled by lifeboat to assist at the request of the National Ambulance Service.

RNLI shore crew were also dispatched by road to offer assistance to the ambulance crew on the beach and cleared a landing site for the Sligo based Rescue 118 helicopter which arrived a short time after 11.15am.

The man was airlifted from the beach and transported to Sligo University Hospital. No further information is known on his condition.

Speaking on returning to the lifeboat station, helm Brian Gillespie said: “This was a great example of inter agency cooperation between the RNLI, Irish Coast Guard and National Ambulance Service. We would like to thank the passer-by who initially raised the alarm and we wish the gentleman a speedy recovery.”

If you see anyone in trouble on the coast ring 999 or 112 immediately and ask for the Coast Guard.

Man airlifted to hospital after collapsing on beach was last modified: May 18th, 2020 by Rachel McLaughlin