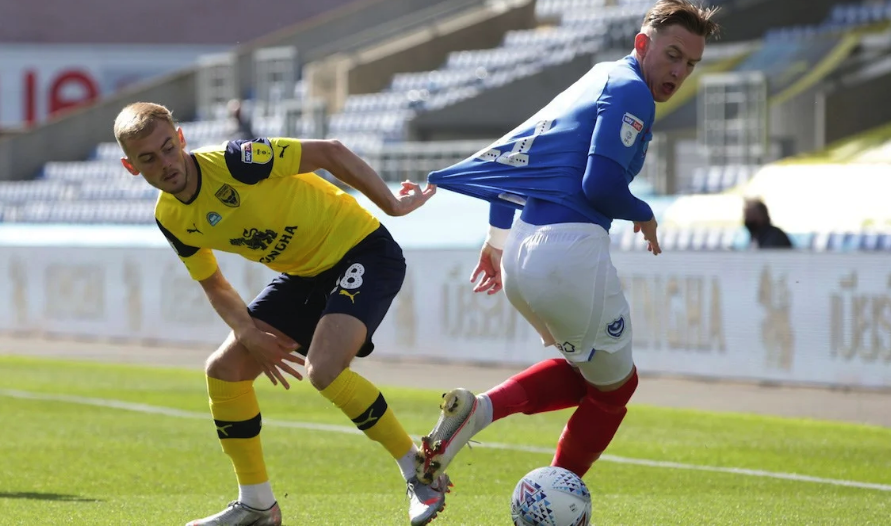 Penalty heartbreak for Ronan Curtis and Portsmouth in play-off semi

THERE was penalty shoot-out heartbreak for Ronan Curtis and Portsmouth in yesterday evening’s League One play-off semi-final.

Portsmouth lost 5-4 on penalties against Oxford United after a 1-1 draw at the Kassam Stadium.

Marcus Harness’ goal had Pompey ahead only for Ellis Harrison’s own goal to draw the game.

A Curtis goal – his 14th of the season – had given Portsmouth the edge in Friday’s first leg at Fratton Park, but Marcus Browne secured a precious 1-1 draw for Oxford.

The St Johnston man did not take a penalty in the shoot-out.

Cameron McGeehan was the unfortunate man to fail from the spot and Portsmoith must now prepare for another season in League One.

“It’s incredibly frustrating, but our congratulations must go to Oxford and we wish them well at Wembley,” manager Kenny Jackett said.

“We’ve been in the play-offs for two seasons running and just not quite been able to get over that hurdle.

“Cameron’s inconsolable because it’s one penalty out of 10 when the others were all successful, but football is about how you get over that.

“He’s been a good player for us and has performed well over these two games. He’s given everything he’s got for the cause.”