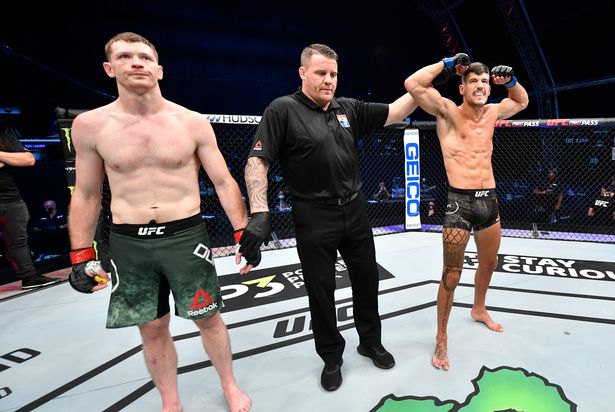 Watch: Here’s how Joseph Duffy was beaten by Joel Alvarez

On the preliminary part of the UFC Fight Island 2 card, Duffy was beaten by a first round stoppage as a guillotine choke from Alvarez after just two minutes and 25 seconds saw the Spaniard win.

In his first bout in 16 months, Duffy was looking to avenge back-to-back defeats to James Vick and Marc Diakiese.

However, the Burtonport man would announce his retirement after suffering a third straight loss, ending with a 16-5 record.

Watch the fight below …