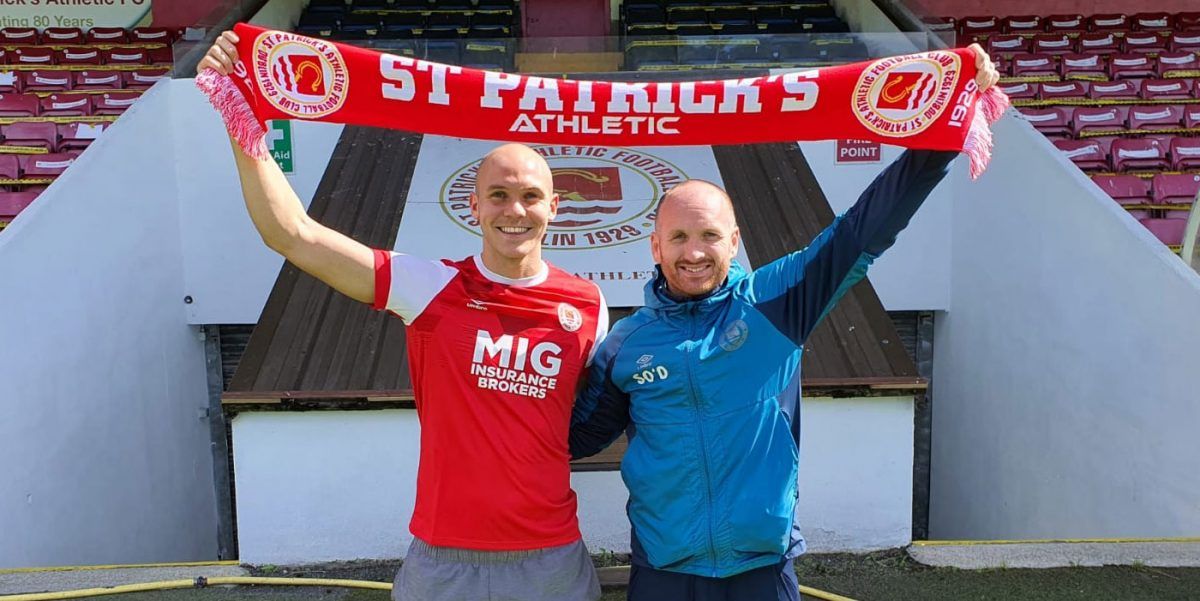 Georgie Kelly aims for games and goals after Pat’s switch

GEORGIE Kelly has joined St Patrick’s Athletic until the end of the 2020 season – and wants to make an instant impact at Inchicore.

The Tooban man moves to the Saints from Dundalk on a loan deal.

Kelly scored eight goals for Dundalk last year and will look to nail down a regular berth at Pat’s, who beat Derry City to land the Donegal attacker.

“Dundalk told me that I was free to go and talk to a couple of clubs and within a couple of days I made the decision that Pat’s was the place to be,” Kelly said.

“I’m looking forward to getting going and getting started.”

Kelly is relishing the chance to work under the Pat’s manager, former Dundalk ace Stephen O’Donnell.

Kelly said: “It was a huge pull and a huge factor in the decision. Stephen’s football knowledge is second to none and is as good as anyone I’ve come across in the game.

“I’m really looking forward to getting involved. The big one is to learn. Hopefully I can pick up bits and pieces to kick on.”

Kelly will not be available to face his parent club, Dundalk, on Friday, when the League of Ireland resumes from the Covid-19 hiatus.

Kelly believes that Pat’s are well poised to make a push up the standings.

He said: “We have to get up and running nice and quickly and get straight in.

“I haven’t played as many minutes as I’d have liked in the last 18 months. I’m looking forward to getting minutes and hopefully chipping in with a few goals.”