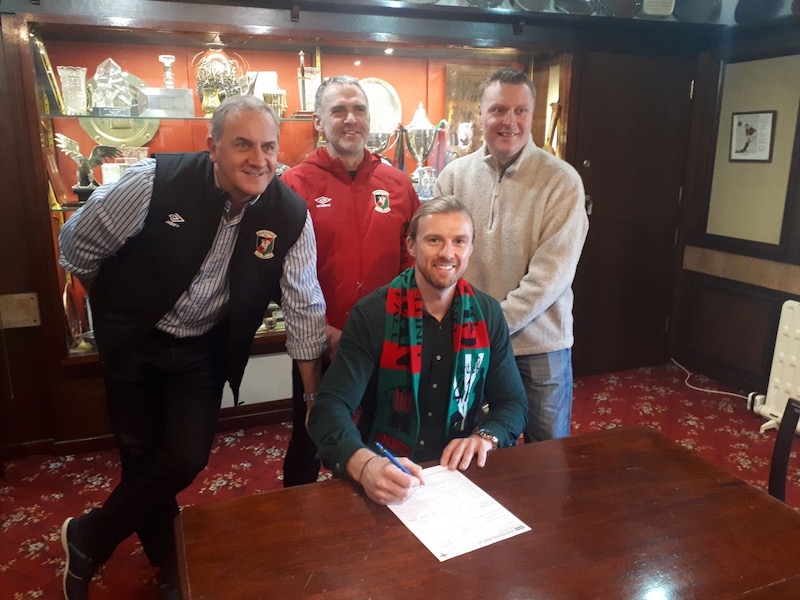 Keith Cowan on the way to Irish Cup final with Glentoran

The Glens defeated Cliftonville 7-6 on penalties after a 1-1 draw at Windsor Park meaning they, and Cowan, are now one win from Europe.

Cliftonville took the lead early when Patrick McClean sliced into his own net, but Robbie McDaid drew the Glens level on 36 minutes.

Cowan had a chance to win the night deep in normal time, but he headed inches wide after connecting to Ciaran O’Connor’s cross.

The former Finn Harps defender missed his kick in the shoot-out, but the Glens took a dramatic win to move into Friday’s final against Ballymena United.

Cowan and ex-Harps striker O’Connor were on the winning side last night with Richard Brush and Ryan Curran in the opposite corner.

Cowan called time on his career at Harps last November, after helping the Donegal side retain their top-flight status, before signing with the Glens.