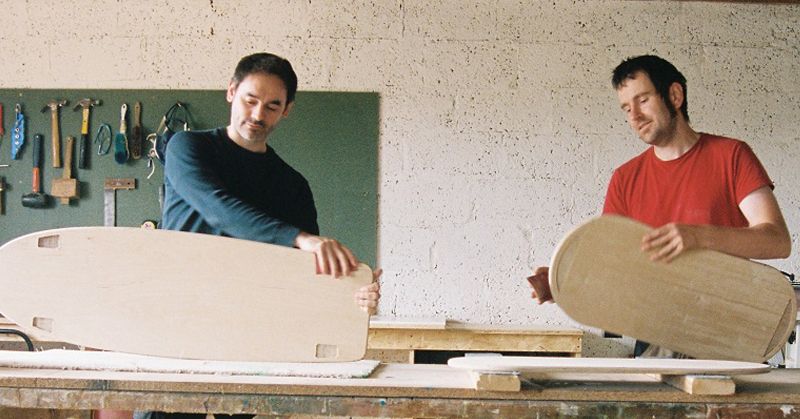 ‘HuKu’ is all a balancing act for Creeslough craftsman

A Donegal entrepreneur is riding a wave of success with his new products for surfers and core fitness enthusiasts.

Cathal Sheridan’s sleek HuKu balance boards, crafted in Creeslough, are proving popular with people who want to master their balance, coordination and core for boardsports such as surfing, skateboarding, wakeboarding and kitesurfing.

Others are doing push-ups and planks on the boards to strengthen their shoulders.

Office workers too are hopping on the boards to build their all-important core strength.

HuKu yoga wheels have been designed with an Irish yoga instructor as a handy back tension release or to aid Yoga practice.

The workout and stretching possibilities are endless, Cathal said: “It’s your imagination that’s going to hold you back, just try whatever you want… within reason.”

(Scroll to the bottom of this article for an exclusive discount code for hukubalance.com  ) 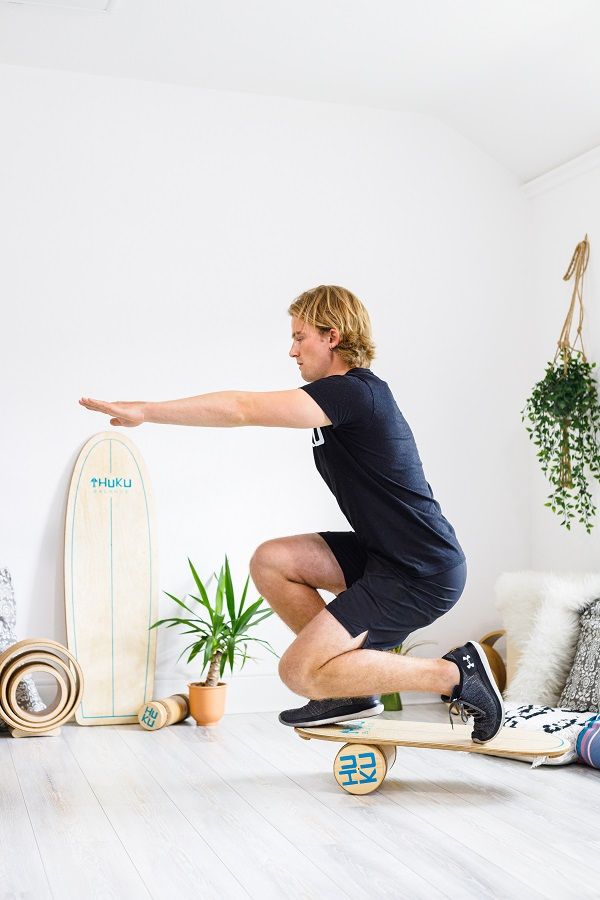 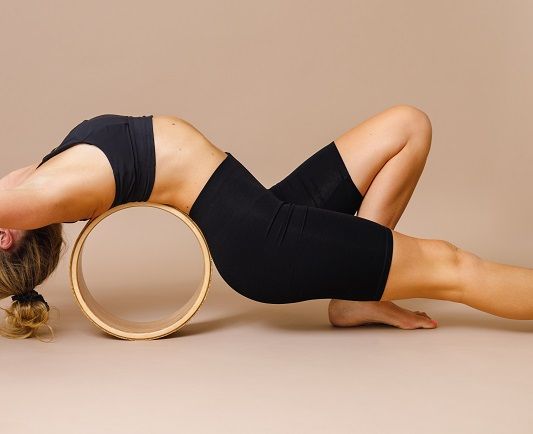 HuKu boards have been in development since 2008, but it was only last year that Cathal decided to turn his Birchwood creations into a business. He received support from the Donegal Local Enterprise Office to develop the brand and now they are selling worldwide.

It was March 2020 that he saw a jump in product sales as surfers searched for a way to keep on top of their skills during lockdown and people turned to home exercise. 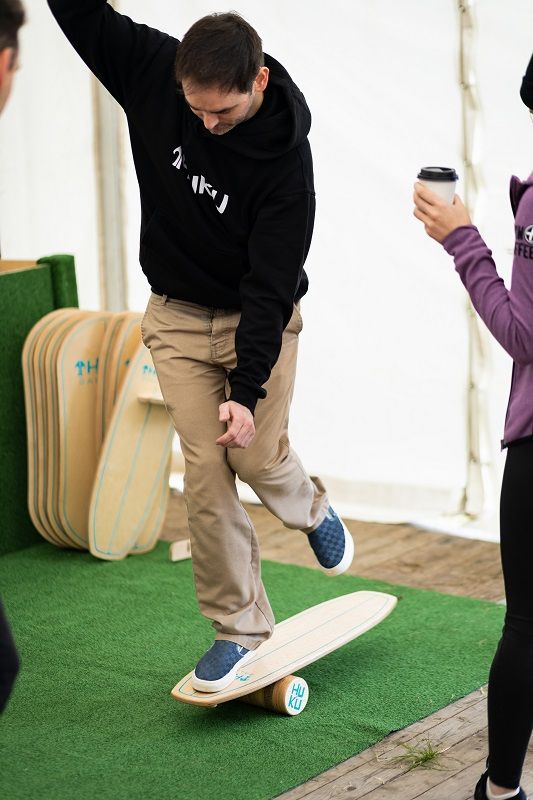 Cathal on the HuKu Balance Board at WellFest

The Donegal lifestyle is ingrained in HuKu. Cathal said: “The initial product came from me growing up as a surfer, it’s inspired by the coast, being from Donegal and living by beach. In the winter, when it’s dark and you can’t go into the water, it helped me hone and improve surf skills. I started making them for friends and they all had the same reaction.

“As a designer and a maker, it was about combining the two skills to create not only products but jobs too, and that’s exciting to think about,” he said. 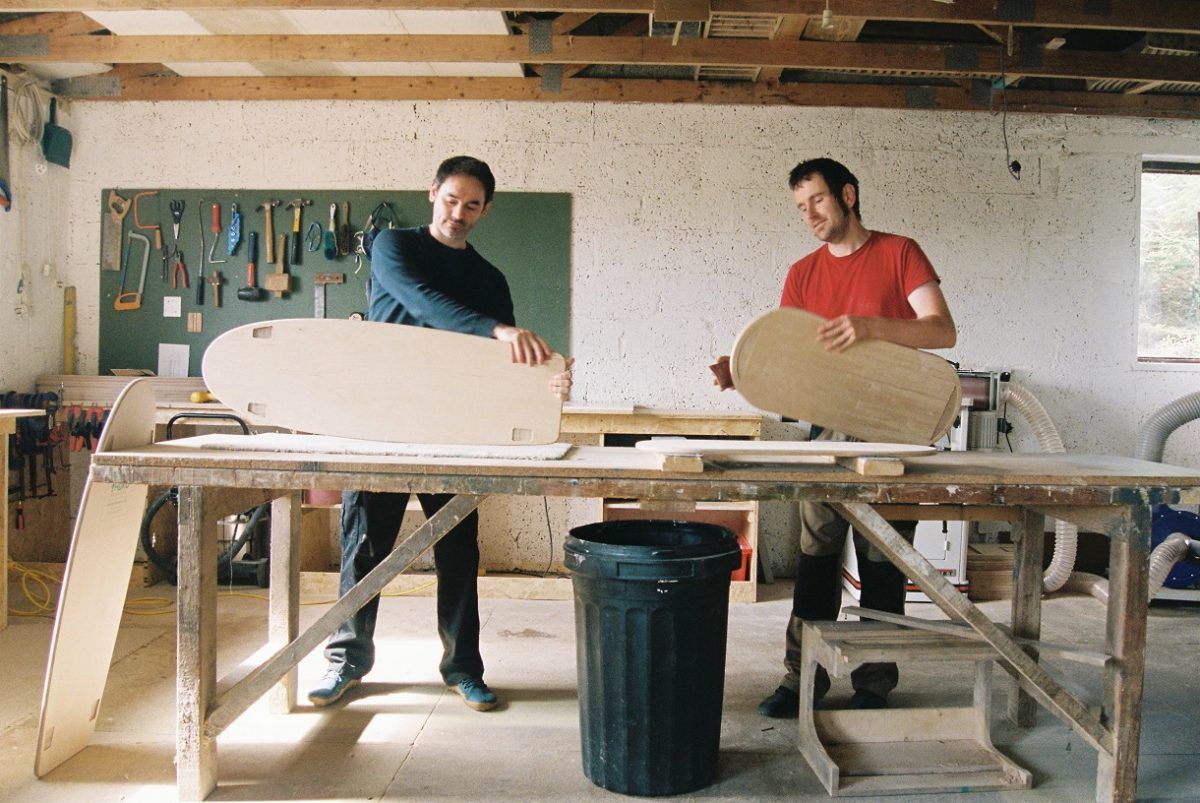 The HuKu workshop is based in the coastal village Creeslough 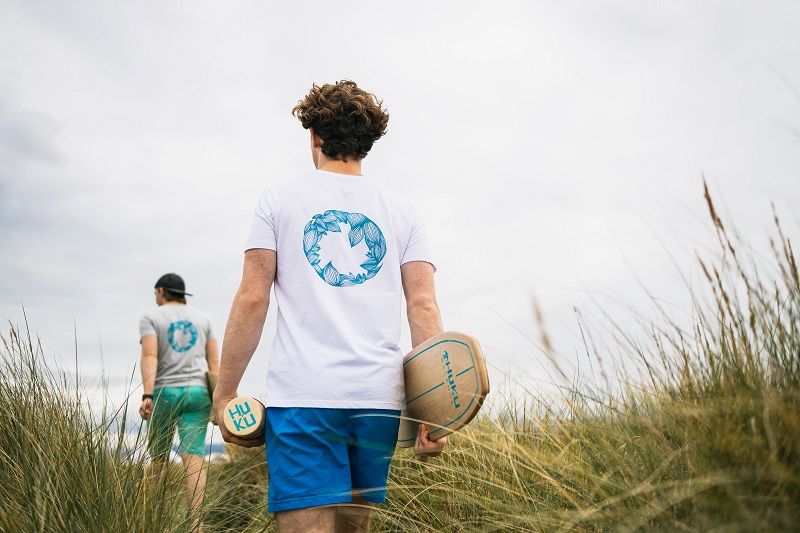 The design is influenced by Donegal, but the name can be traced to far away lands.

The brand was inspired by the Japanese artist Hokusai, Cathal explained: “One of his more famous pieces is, ‘the Great Wave off Kanagawa’, I’ve had a copy of the print for over 20 years now so it was a major influence in the branding. The word itself means ‘to breath out’ in Japanese!”

A sustainable element is also carved into these eco-friendly products. With every board or wheel HuKu sells, a native Irish hardwood tree is planted on behalf of the customer.

“As a designer, I know you develop so many products out of plastic and it becomes landfill. And there is a huge amount of carbon created in buying, creating and shipping products across the world. This charity side is the simplest way of taking that carbon back and putting it into the ground,” Cathal said.

Cathal is working with Glenveagh National Park on the initiative and hopes to plant up to 1,000 trees alongside the 10,000 trees that will be planted in the area this winter.

“It’s a guilt-free product, there is no exploitation in labour or materials. We use natural material from a responsible forestry and it’s paying people a fair wage in Ireland, and in Donegal in particular,” he said.

The next move for HuKu is branching into children’s boards. With built-in games, the boards are set to be a fun and challenging way for kids to develop their core and improve coordination, balance and posture. The HuKu ULU boards for children are set to be launched in the coming weeks.

Exclusive Discount Code: Cathal is giving Donegal Daily readers 15% off on all products on hukubalance.com with the code: donegaldaily15

Code is valid throughout August 2020.