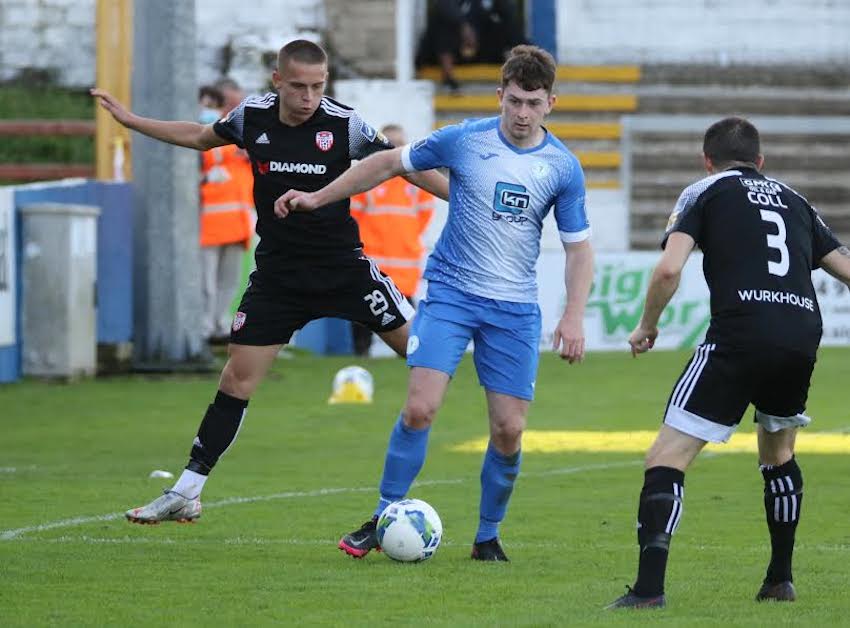 A SCORELESS draw with Derry City was enough to move Finn Harps off the bottom of the Premier Division table.

Harps might have sneaked a win here, but a share of the spoils still represents a decent afternoon at the office.

Usually, Ballybofey would be heaving at its seams for this fixture, but only a smattering of fans peeked through from outside the fence as the old foes played out a scoreless draw.

Harps, with just two wins to their name, needed a result after going down 3-1 to Sligo Rovers on Monday and this could prove a vital point in their battle for top flight survival.

Derry went close on 21 minutes when Oluwaseun Akintunde fired wide from just six yards out after getting on the end of a Walter Figueira cross.

A minute later, Harps had a big chance. McNamee intercepted a back pass, Kogler seized possession and as he raced into the box Eoin Toal halted his march with a superb tackle.

Akintunde went close with a free kick in the opening moments of the second half, but the Candystripes’ recent recruit was narrowly off target.

Harps should have scored when Kogler was  was slipped in by McNamee, but Peter Cherrie saved from the Austrian.

Harps thought they had taken the lead in the 54th minute, but Darren Cole hooked from the goal-line after Stephen Folan beat Derry goalkeeper Peter Cherrie in an aerial tussle.

Harps gave a late debut to Jack Serrant-Green, recruited from Sweden a couple of weeks ago, in a bid to add some spice to the attack.

The Donegal side had the better of the second half, but couldn’t make the breakthrough. Cherrie advanced from his goal to thwart Mark Russell, who latched onto a lay-off by substitute Tony McNamee.