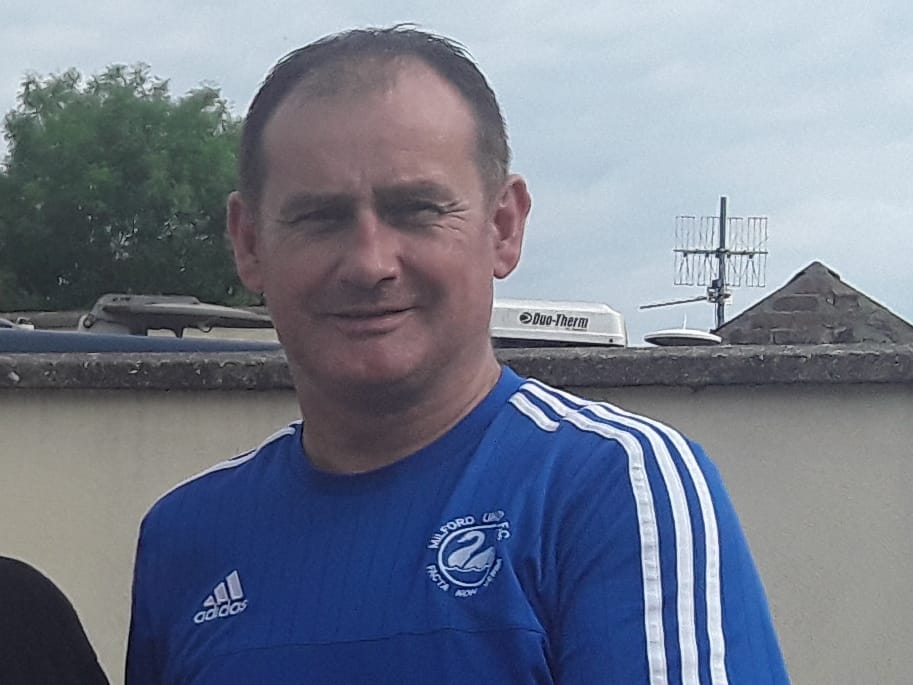 Milford United have announced that Noel Gillespie is to return to the position of first-team manager at the club, who are looking forward to attempting to regain their Premier Division status from a division filled with derby matches.

Earlier this week Milford United were very pleased to announce that Noel Gillespie will be in charge of senior team affairs this season as the club make preparations to regroup and look for instant promotion into the Premier Division of the Donegal League.
It has been a tough couple of years for our Senior team who have struggled to find their rhythm and a real lack of consistency resulted in relegation into Division One.
Noel has been busy since his appointment putting together a backroom team made up of past players and managers and the include Ciaran Gibbons (who also doubles up as Reserve team manager assisted by Adam Bolton), Benny Mc Ginley, Hugo Hagan and Michael Mc Glynn, certainly no shortage of advice on the sideline for Noel and a real show of strength to help the team regain premier status.
Every season one of the highlights is always a local derby game against one of our good neighbours whether it be Cranford, Rathmullan, Kerrykeel or Swilly and the coming season will see us playing all of them !
A unique situation having five local Clubs in the same division and it has already generated great local interest with a real enthusiasm in Milford as Noel assembles a team capable achieving success in what will be a very competitive league.
So far it’s been a good week for Noel having secured the services of some of our experienced players such as Caolan Mc Gettigan, PJ Hagan, Darragh Black and Pauric Curley with Joey Cullen making a comeback from a serious injury and the’ll certainly be a youthful mix as well with the likes of Shane Black, Damian Egan and Darragh Kelly Cullen knocking on the door hoping to make a real impact.
We’re all looking forward to what will be a new challenge for Noel, his backroom team and our Senior team and we diffently can’t wait to welcome our neighbours down to Moyle View Park for what will certainly be a competitive and tough league and only time will tell what neighbour will be the noisiest!”
78Michael Mc Glynn, Eamon Friel and 76 others
13 Comments
Like
Comment
Share
Milford United reappoint Noel Gillespie as first team manager was last modified: September 20th, 2020 by Alan Foley
FacebookTweetLinkedInPrint
Tags:
20/21 Donegal Leaguemilford unitedNoel Gillespie