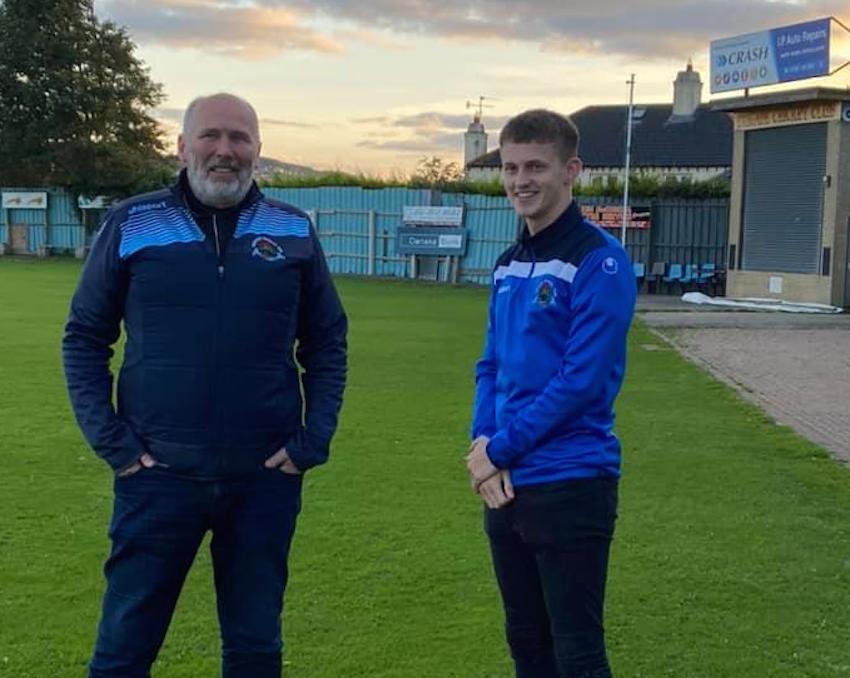 Gorman among Letterkenny Rovers trio to sign for Institute

INSTITUTE have announced the signing of three players from Letterkenny Rovers.

‘Stute have recruited teenage midfielder Joel Gorman as well as, Jonner Bonner and Rory Kelly while a fourth – full-back Rhys McDermott – is expected to follow.

Gorman, the younger brother of Glentoran’s Dale Gorman and son of ex-Irish League star Anthony Gorman, was unveiled by the Drumahoe outfit tonight.

The 17-year-old broke through onto the Letterkenny Rovers first team in the Ulster Senior League and had a previous spell on the underage books at Finn Harps. He has also been lining out for Rovers in the Donegal Youth League.

Goalkeeper Kelly and Bonner, who is adept in a number of positions, have also been confirmed as ‘Stute recruits.

Bonner featured in a 3-1 North West Cup win over Strabane at the Brandywell tonight.

McDermott also played and is likely to be the next man to be officially announced to the roster this week.

Goalkeeper Dylan Doherty from Greencastle was between the sticks tonight.

‘Stute will play in the Championship in the 2020/21 season following their relegation from the top flight.

The exodus from Rovers continues with left-back Lee Toland lining out for Limavady United as they defeated Ballinamallard United.