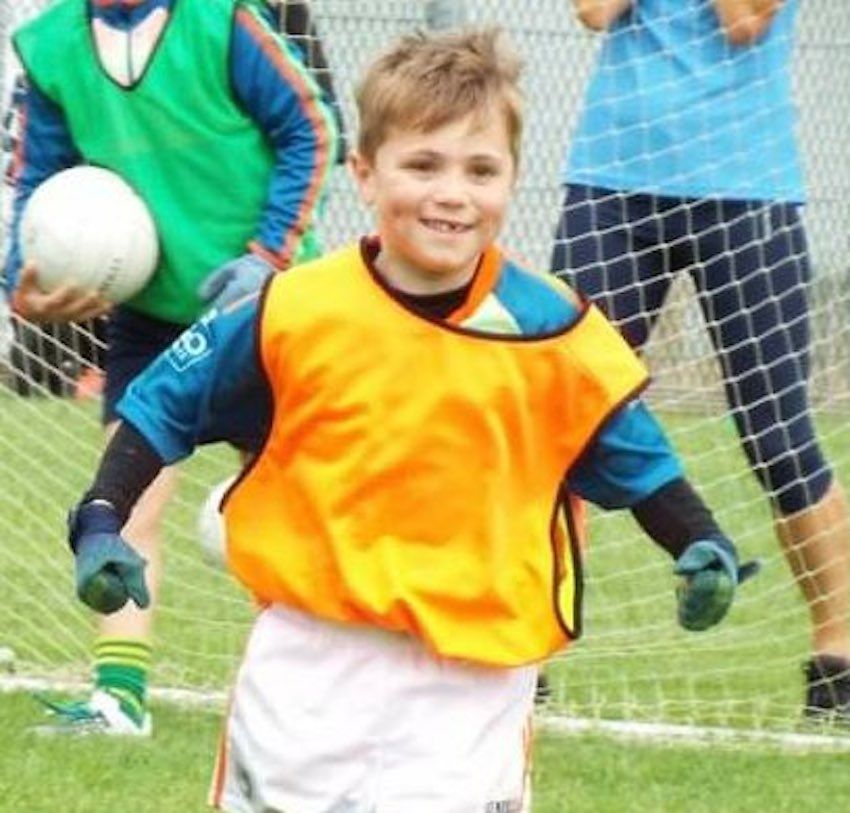 THE community in Moville has been numbed by the death of always-smiling young Donncha O’Hare.

The eight-year-old son of Seán and Aoife O’Hare, Donncha was a popular player with the under-8 teams of Moville GAA club ad Greencastle FC.

In late 2017, Donncha received a kidney from his loving father Seán.

This weekend, Donncha sadly passed away, plunging family, community and clubs into a deep sense of shock and sadness.

“The awful news of the loss of Donncha O’Hare has stunned us all,” the Moville GAA club said.

“Donncha was a hugely popular and loved member of our club, always on the move,  always smiling and always with a real glint in his eye, as well as being a genuinely gifted player for the U8’s.

“The O’Hare’s and the Hegarty’s are part of the backbone of our Club – giving endless time and energy to so many others over the years as players, as coaches and as administrators.

“Sean and Aoife have been there for all of us whenever they’ve been needed and now we will be there for them as friends, neighbours and clubmates in the times to come.

“There are no real words at a time like this, but Donncha will always be remembered with a smile and with love by those that met him, trained and played with him and coached him. His energy and enthusiasm were infectious and we have treasured memories of him to help us all through this.” 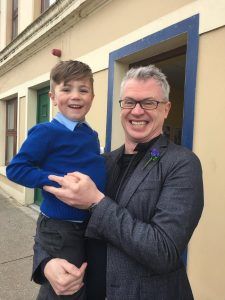 Just a few months after receiving the kidney from Seán, Donncha met with Opt For Life founder and GAA legend Joe Brolly.

In 2012, he was visited by Henry Shefflin and the All-Ireland winning Kilkenny hurling team at Our Lady’s Hospital for Sick Children, Crumlin.

In a short statement the Chapel Lane club said: “For the too short a time that Donnacha was with us he left a lasting impression on his coaches with his bubbly personality, footballing ability, determination and, not forgetting, his goal poacher’s instinct.

“He was popular with his team mates, a joy to coach and was well on his way to emulating the footballing ability of his older brothers Daragh and Oisín.”

Donncha is survived by his parents Seán and Aoife, siblings Daragh, Oisin, Aobh ad Senan and wide circle of family and friends.