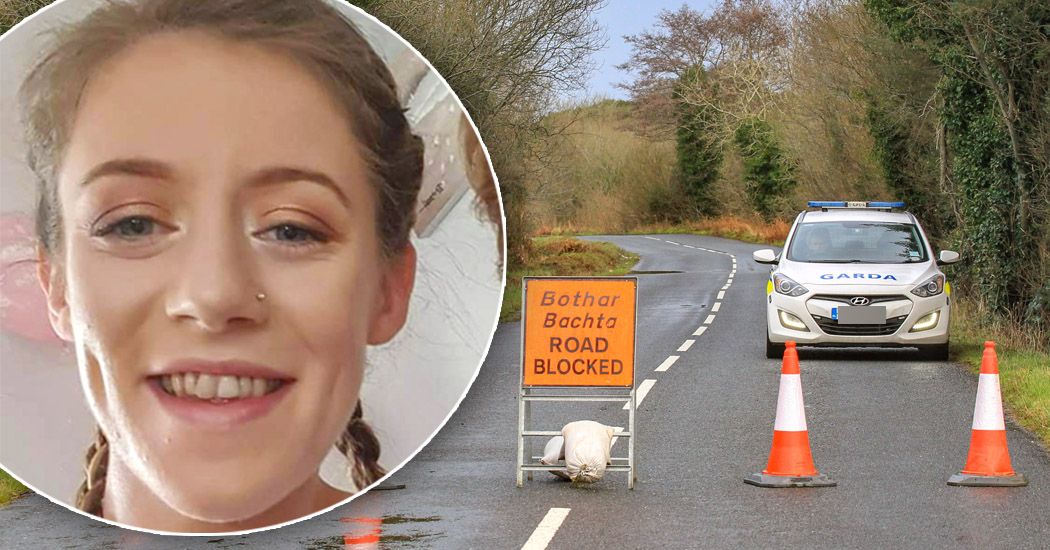 Young mother killed when “high-powered” car went out of control

A car that a young mother of one was driving went out of control and hit a tree, an inquest was told.

26-year-old Clarice Rice, from Claggan, Portsalon was killed instantly after she lost control of an “automatic high-powered car” on a left- hand bend-the vehicle became stuck in a tree on December 28 last year at Drumfad Lower Portsalon.

The car split in two upon impact.

And the two parts of the Vauxhall Omega she was driving were 22 yards apart on the road, the inquest heard.

When the emergency services arrived, they found Ms Rice in a drain as she was hurled from the car and the two doors on her side were flung out.

She died from multiple injuries consistent with being in a road traffic accident and had a blood alcohol reading that was twice the legal limit.

According to a road accident investigator the estimated speed at which the vehicle was travelling was 100 mph.

The inquest heard that a combination of inexperience of driving such a high- powered vehicle, speed, alcohol and a dip and bend in the road were contributory factors in her death.

Her front seat passenger, Dean Shields who was the owner of the car told the court he had been out for a few drinks with the deceased.

He said that he and Clarice had been socialising in Kerrykeel and they were coming back towards her home in Portsalon but he had no memory of the crash.

He told the court he had been intoxicated.

The witness said he woke up screaming in the car when he saw a fireman climbing over him.

The witness did not know at that stage that Clarice Rice was dead.

He was later taken to hospital.

Michael Douglas told the inquest he was coming back from the cinema in Letterkenny when he came around a left- hand bend and saw a car stuck in a tree, at first he thought it was a round bale.
He heard a male voice calling come back, come back.

He saw a male lying across the gear stick and the male said his legs were stuck and he was shouting” “Where’s the missus.”

The ambulance arrived and medic stayed with him and the injured man told him that he was Dean Shields.

The witness looked in the water beside the road but could not see anything.

He could see that the exhaust of the car was in the hedge.

The Fire Brigade arrive then.

A deposition from a doctor stated that when they arrived Clarice was already in the ambulance and she was dead at 12.55 am.

Pathologist Dr Gerry O’Dowd told the inquest that the deceased had multiple injuries to her body.

There was a blood alcohol reading of 128 mls and there were no drugs in the body.

The cause of death was multiple injuries consistent with being in a road traffic accident.

The pathologist confirmed that the deceased would have died instantly following a question from Dr McCauley.

Sergeant Fergus McGroary told the inquest that the car was stuck in a tree four feet below the road.

The emergency services had found the body in a stream and she was dead.

The male was in the back of the ambulance and he was drunk.

He said that he was the owner of the car and he and the deceased had been coming from Kerrykeel to Portsalon.

The male was brought to Letterkenny University Hospital for treatment

Dean Shields still had his seat belt on and the deceased was wearing a seat belt also
Assistant PSV Inspector Garda Aidan Mulvihill said the car was ripped in half, the steering wheel was ripped from the vehicle but it was roadworthy.

He added that he never saw a car so severely cut up in a collision.

It had a 3- litre engine and was a very powerful car.

Forensic collision investigator Garda Gerard McCauley said the road was 5.3 metres wide and there were tyre marls of 21.7 metres and 11.5 metres on the grass verge.

There were also gouge marks on the road as the car split in two.

His conclusion was that although it was a 2002 car, it was serviceable.

The road was wet as there had been a few showers earlier.

He said that driver error and speed were contributing factors to the accident.

It was a high- powered automatic car with a back- wheel drive which was harder to control in a skid than a front wheel drive.

The tyre marks showed the car had come around the bend too fast and the sheer damage that occurred was also an indicator of speed.

“This was the most damage I have seen done to a car that was split in two.”

It was also an automatic car, and the deceased would not have been used to it.

He recorded a verdict in accordance with the medical evidence.

The Coroner said it was death by misadventure

The deceased was driving a car that was too powerful, too fast and the driver lost control against a background of some alcohol which could have affected her ability to manage the vehicle.

This was not a judgment but a description of what happened, the inquest heard.

He extended his condolences to Clarice Rice’s family on a “terrible accident” and said he hoped the inquest helped to give the family an understanding of what happened.

The Coroner thanked the gardai for their thorough investigation.

Sergeant Fergus McGroary extended sympathy on behalf of the gardai.