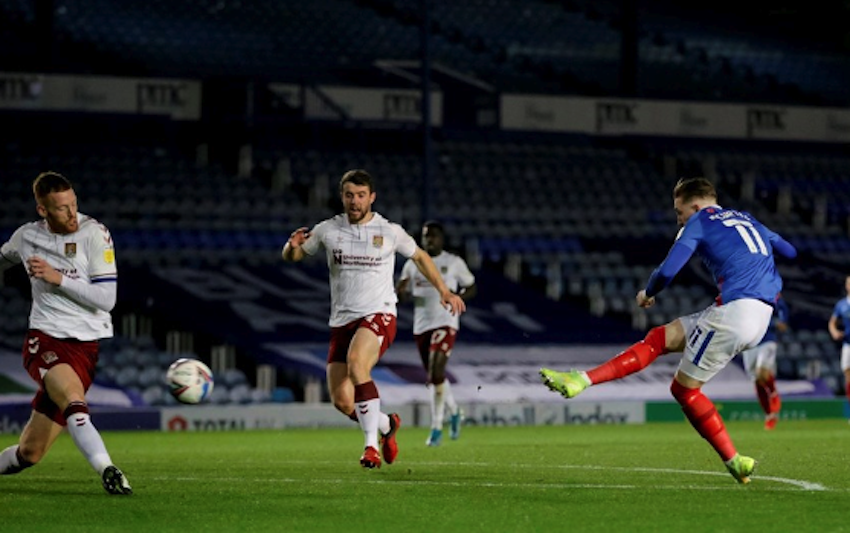 Curtis on the mark as Portsmouth bag big home win

RONAN Curtis was on the mark last night as Portsmouth thumped Northampton Town 4-0 in League One at Fratton Park.

Curtis scored the third goal to add to John Marquis’ double, either side of half-time, before Marcus Harness added a fourth late on.

Curtis was recalled to the Pompey XI by boss Kenny Jackett and the St Johnston man – who recently won a fourth Republic of Ireland senior cap – was keen to make an impression.

After Marquis’ brace put Portsmouth on their way, Curtis struck gold as he strode forward before bending wonderfully into the bottom corner.

Jackett said: “Ronan also found a bit of form and once he scored, you could see the confidence. He worked well with Lee Brown down the left.”