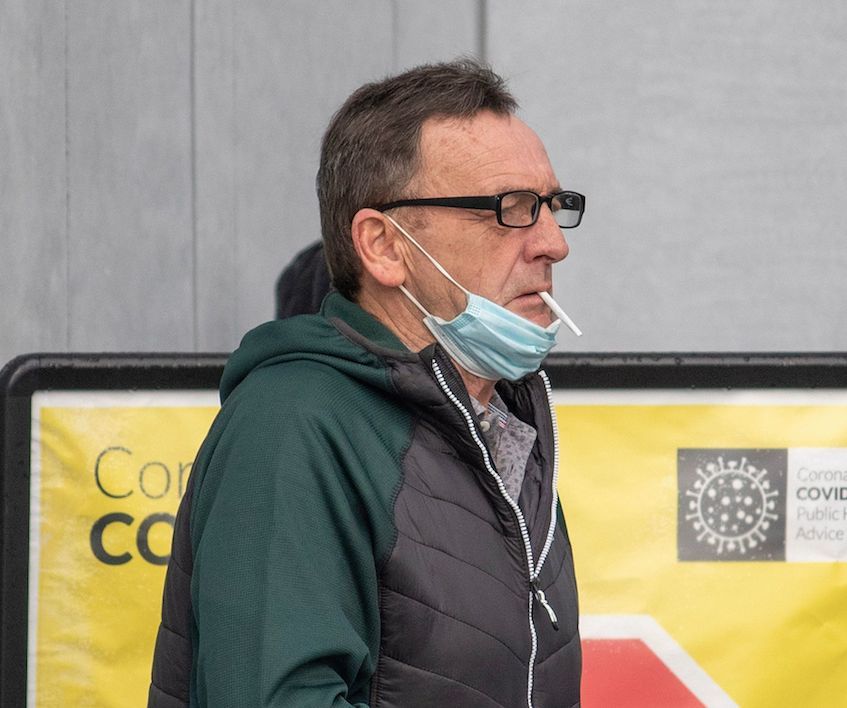 A MAN who struck a 16-year-old boy with a hammer has been spared a prison sentence.

James Breslin (68) of Millbrae Heights, Carndonagh, was before Letterkenny Circuit Court on two charges arising out of the incident on June 15, 2019.

Breslin pleaded guilty to charges of assault causing harm and the production of an article, namely a hammer.

The boy and two friends had finished eating a pizza and went outside to kick a football on the tarmac area of the Millbrae Heights estate.

At one stage when the ball went into the front area of Breslin’s house, the accused opened the front window and aggressively told the boys to stay off his property.

Prosecuting barrister, Ms Patricia McLaughlin, said that, five or six minutes later, the football accidentally landed in the same priority. Breslin’s wife came to the window and repeated the call for the boys to stay away.

One said ‘sorry, we’re just playing a bit of football’.

The court heard that, 30 seconds later, they saw a man holding a hammer, running towards them shouting obscenities.

The victim was ‘shocked and threatened’ as Breslin charged at him, grabbed him by the left shoulder and hit him on the left side of the head with a full swing of the hammer.

Breslin took a second swing, taking a ’skim off the side of the head’,

Breslin’s wife took the boy into the house to clean the blood.

The boy was sitting his Junior Certificate examinations and was advised by doctors not to attend his remaining exams.

Medical reports showed that he received injuries that were entirely consistent to trauma with a blunt object. The injury, said the report, created ‘substantial risk of life-changing brain injury or death’.

Two days later, Breslin was arrested and conveyed to Buncrana Garda Station. He told Gardaí that he could not recall the incident and had taken a cocktail of beta blockers and wine.

Breslin told how his son had died tragically in July 2018 and he had struggled to come to terms with the loss.

He and his wife had bought a marble monument to erect on their son’s grave and, on the night in question, was attempting to compose a verse to be inscribed on the monument.

He told Gardaí: “I was trying to compose something and I couldn’t find the words. I was having difficulty containing my emotion.

“It was completely and utterly out of character for me to behave this way. I snapped and I cannot remember what happened next.”

Addressing the court, Breslin added: “I apologise most sincerely to the boy. I don’t even know him. I’m not like that and I’m totally disgusted with myself.”

Defence Barrister, Mr Nolan who was instructed by Henry and Company, said Breslin, who has no previous convictions, was devastated by the death of his son.

“This was a very tragic situation and it could have been difference – Mr Breslin could be in the Central Criminal Court,” Mr Nolan said.

“This wasn’t a mad, malicious, pre-meditated attack on a young man. It was something that was hewing; a volcanic grief that was going to explode at some stage.

“The boy and the football was the match that lit the fuse.”

Mr Nolan said: “He is a man of otherwise excellent character who has worked hard all of his life. He did everything that should be expected of a normal, upright citizen.

“This was a criminal act, but not the act of a criminal. It is a tragedy that one man’s loss creates another man’s injury and there is no connection between the two.”

Judge John Aylmer told Breslin that he could count himself ‘very fortunate’ that he wasn’t before a higher court on a far more serious charge.

“Striking a young man on the head with a hammer, taking the most benign view, has to be in the mid-range of offending and merits three years imprisonment,” Judge Aylmer said.

The Judge said he had ‘grave difficulty’ in believing that Breslin had no recollection of the hammer attack.

He said: “I concede that it may, possibly be true, but I view it, in fact, as indicative of Mr Breslin not fully facing up to the responsibility and seeking to avoid a full admission of responsibility. HIs claim about the recollection is because of his severe embarrassment at his involvement in such a severe offence.”

Judge Aylmer said that mitigating factors were that Breslin was a man in his 60s who had retired after a hard-working career; he was a man with no previous convictions and who was otherwise of good character, as outlined by several character references which were submitted; and he faced up to the offence by co-operating with the Gardai and tendering a guilty plea.

He said the incident was out of character and he noted that Breslin was suffering from PTSD which was undiagnosed and untreated at the time.

Judge Aylmer said: “He was engaged in the very depressing task of drafting an epitaph for his son. It was in those circumstances, having also taken wine and medication, all of that combined to cause this extreme over-reaction at what others would view as a minor annoyance.”

Having regard to mitigating factors, Judge Aylmer reduced the consideration to a two-year prison term.

Breslin was not identified as being at a risk of reoffending and, given that he was deemed suitable for community service, Judge Aylmer sentenced Breslin to 240 hours of community service in lieu of two years in prison.