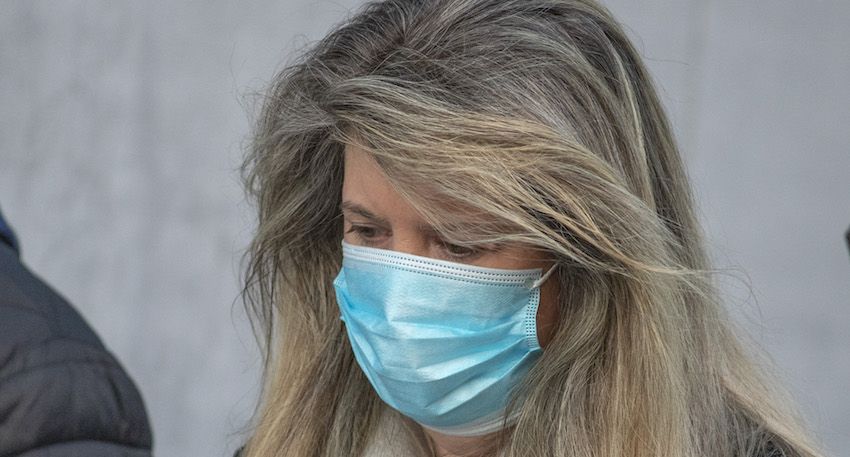 A woman who stole €760,000 and spent it on a fortune of clothing and designer handbags has lost all her friends, her family, her home and become a pariah in her local town, a court has been told.

Tara Sweeney had pleaded guilty to stealing the cash over a six-year period from the Donegal Education Centre.

The 47-year-old was an accounts administrator at the centre in Donegal Town from 2009 until 2015.

Donegal Circuit Court heard how the mother-of-one was responsible for payroll at the centre and had access to a number of bank accounts.

In 2015 a new director at the company became suspicious that large sums of money were missing and an investigation was launched.

The investigation led to Ms Sweeney, of the Glebe, Donegal Town, resigning from her job.

A search of her home by Gardai found a room full of black bags which continued documentation from the education centre.

An accountancy firm was drafted into and it showed electronic transfers into Ms Sweeney’s account in the sum of €760,000.

Further investigations showed that Ms Sweeney had spent much of the money on clothing, designer handbags, perfumes, jewelery with many high-end labels including Prada and Gucci.

Many of the handbags and clothing which was recovered were never even taken out of their packaging, the court heard.

She eventually pleaded guilty to 20 sample charges having originally faced 44 charges of theft.

Barrister for Ms Sweeney, Mr Peter Nolan told the court that the case and her actions have destroyed her life.

Since the case came to light, Ms Sweeney has received hate mail and is afraid to go out.

Mr Nolan said “This has been a catastrophic event in her life. She has lost her house, lost her family, has no friends and is now on a pariah in the town of Donegal.”

He added that it was a sad and unusual case and that if there is any money recouped from the recovery of all the designer brands then perhaps that could be repaid also.

“She doesn’t have a credit card and only uses a debit card and this will never happen again,” added the accused woman’s barrister.

Judge John Aylmer said he had some sympathy with Ms Sweeney in that the case has been hanging over her for a year because of Covid.

He said he will sentence Ms Sweeney next week and said there will be no further adjournments in the case.