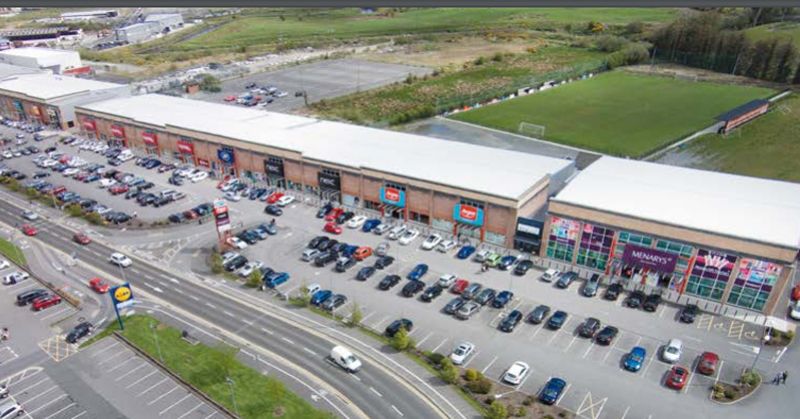 TWO women have been banned from entering some of Letterkenny’s busiest retail units after appearing in court on a raft of theft charges.

Jodie Quill and Nakita Brogan, both aged 22, appeared before Letterkenny District Court on charges relating to offences on a range of dates between August and December 2020.

Other items taken in the spate include: t-shirts worth €45.23 from TK Maxx; perfume worth €85 from Boots; vodka to the value of €58.98 from Lidl, Pearse Road, Letterkenny in separate incidents on November 27 and 28; alcohol worth €17.49 from Tobin’s Service Station; Christmas lights worth €10 from Euro Giant on November 13; and confectionary worth €5 from Euro Giant.

On December 6, a bottle of Boost costing €1.66 was stolen from Dunnes Stores and a navy coat worth €108.50 was taken from Marks & Spencer on the same date.

There are also charges of bring intoxicated in a public place and of using threatening abusive or insulting language at Neil T Blaney Road, Letterkenny, on December 6.

Gardaí objected to bail in the case of each of the accused, which were heard separately.

Regarding Quill, Gardaí asked for her to be remanded in custody on the basis that the offences were committed while she was on bail.

Solicitor Mr Kieran Dillon said that station bail had been granted to his client on one matter.

“Charges were available to be brought sooner and court could have dealt with them. There should be bail on stringent terms,” he said.

Quill has to reside at an address at Crievesmith, Letterkenny, must sign three times per week at Letterkenny Garda Station, be available at all times at a telephone number to be supplied to Gardaí and is to be of good behaviour and commit no offence.

Judge Mitchell told Quill: “That is to ensure that you won’t spend Christmas in jail. You’re getting your chance.

“There is a trap set up for you to fail. If you want to see what the Dóchas Centre is like, you’ll get to pop in and see it as the Judge will refuse or revoke ball if you appear again.”

Gardaí also objected to bail for Brogan, noting there were a history of warrants, numbering eight in total, and said there were concerns for reoffending were she bailed.

He said directions were not given in the case of Brogan. “They are the same items, the same dates, the same premises and the same Gardaí,” he told the Court.

Judge Mitchell said that he was imposing stricter conditions on Brogan due to her warrant history.

“I hope you have all your Christmas presents bought already,” he told Brogan.

Brogan is to observe a 10pm-6am curfew, has to sign on daily at Letterkenny Garda Station, she must reside at the address given to Gardai, be of good behaviour and commit no further offence and be available 24/7 to be contacted by telephone.