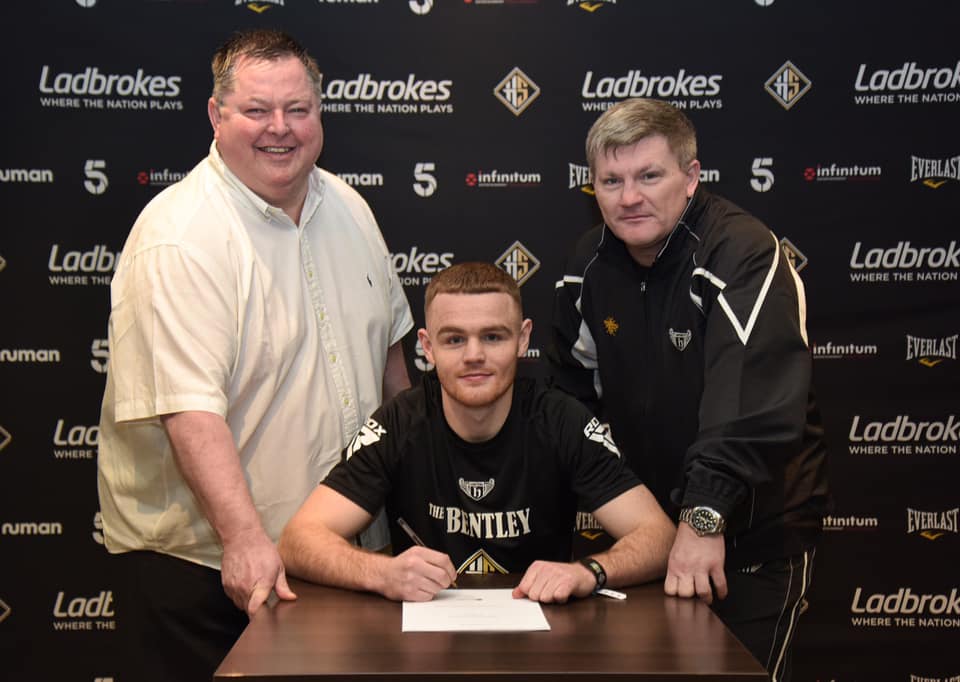 Managed by Los Angeles-based Sheer Sports Management, McGinty trains under the tutelage of Hatton in Manchester.

“He has a fan favourite style that people are gonna love.

“Even though he has a strong, attacking style he has a huge amount of talent as you can imagine with his amateur pedigree, which he sometimes forgets, but given time when all the ingredients fall in to place I think we have a champion of the future.”

An eight-time Irish champion at underage level, McGinty is a former Commonwealth Youth Games silver and European Schoolboys bronze medalist from his days at the Oakleaf Boxing Club in Derry.

McGinty has been signed by promotor Mick Hennessy and debuts on the undercard of the British light-heavyweight title clash between Shakan Pitters and Craig Richards.

Hennessy, who recently snapped up Monaghan’s Stevie McKenna, another irish fighter in the Sheer Sports stable, said: “Brett is a fantastic world class talent and I’m delighted that he has joined the Hennessy Sports team.

“I have seen Brett develop over the years since he was a young amateur and have always been aware of his enormous potential.

“I always felt that with the way he fights he was always more suited for the pros.

“I’m over the moon that Ricky is training him as they both have similar styles and he will definitely bring out the best in Brett.”