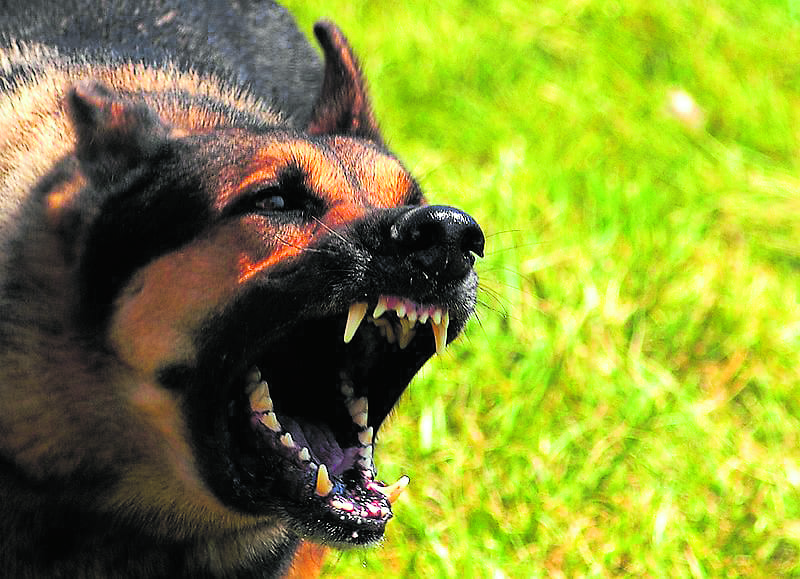 A MAN has appeared in court after his Alsatian dog viciously attacked another dog in front of two young children.

Darren Armstrong (45) of Doire House, Drumnashear, Carrigans was before Letterkenny District Court on two charges under the control of dogs act.

Sergeant Gerard Dalton told the court that Anne Conroy was walking with members of her friendly, including her niece and nephew, aged four and five.

They were walking home with a labrador at Shore Lane, Carrigans on January 31, 2019 when Ms Conroy saw a large Alsatian dog run towards the group.

“The Alsatian charged at her dog, lifted the dog and threw it into the hedge,” Sergeant Dalton said.

The court heard that the Alsatian had ‘viciously attacked and bit’ the dog and was not wearing a muzzle or lead at the time of the attack.

When Ms Conroy managed to pull her do away, the Alsatian ceased its attack and ran back into Armstrong’s garden.

Ms Conroy subsequently brought her dog to a vet for examination. Sergeant Dalton said the family were ‘upset and shocked’, especially the two children’.

On February 6, 2019, Garda McConalogue was routine patrol when observed an Alsatian on a public road without a muzzle or lead.

Armstrong was identified as the owner and he apologised for the dog being on the public road.

Armstrong showed Gardaí the pen at the rear of his house and said he was in the middle of making the pen more secure.

The court was told that Armstrong was unaware of Ms Conroy’s complaint until Gardaí informed after the February 6 incident.

Solicitor for Armstrong, Ms Donna Crampsie, said her client inherited the dog from his partner’s previous relationship and became the licensed owner when the dog was six years old.

Ms Crampsie said Armstrong took a number of steps to further secure a robust pen to house the dog after the incident.

The dog has since passed away, the court heard.

“The dog regularly played with Mr Armstrong’s step-children and did not pose a threat,” she said.

Judge Paul Kelly asked for a victim impact statement and adjourned the case to April 12.

Man in court after Alsatian attacks dog in front of shocked children was last modified: January 18th, 2021 by Chris McNulty