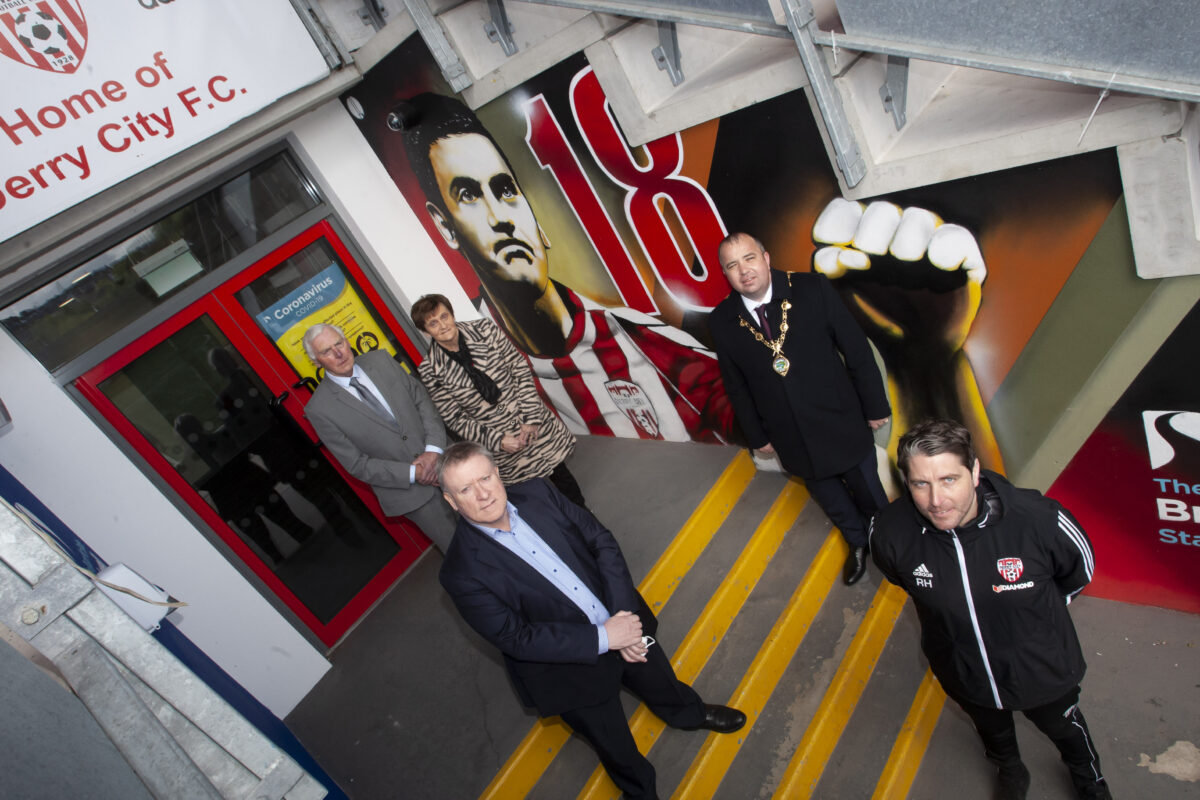 written by Chris McNulty May 6, 2021
FacebookTweetLinkedInPrint

DONEGAL soccer icon and Derry City legend Mark Farren has been immortalised in a new mural at the Ryan McBride Brandywell Stadium.

The mural, which was painted by local company Peaball Creatives, was unveiled to Mark’s parents Michael and Kathleen, and his aunt Brigid.

The mural has been placed on the tunnel of the Ryan McBride Brandywell Stadium in the stand which has also been named after Mark, who played for Derry City from 2003 to 2012 and made 209 appearances for the Candystripes.

Mark tragically passedd away in 2016, aged 33, after a brave battle with cancer, and Mayor Brian Tierney said Council were happy to pay tribute to someone who had such a positive legacy in the city.

He said:  “I am truly honoured both as Mayor of this city and district and as a lifelong Derry City fan to attend the official unveiling of the mural of Mark which now forms part of the Mark Farren Stand.

“We know that Mark’s story and his legacy will be spoken about for many years to come, and we hope that this mural will be a fitting tribute to the role that he played in the football history of Derry and celebrate the joy that he gave to so many football fans here in the city.

“Mark’s family continue to be in the thoughts and prayers of us all.”

Philip O’Doherty, Derry City FC Chairman, said: “Mark will always be a huge part of the history of Derry City Football Club, and we are happy to join the Council in celebrating his life.

“Mark was more than just a player here. He has left a real legacy at the club and it is fitting that his image will greet the players every time they take the field.

“We are delighted that Council have also kept Mark’s memory alive both with the stand named after him, and this fantastic mural.”

The new stand at the Foyleside venue was named the Mark Farren Stand in March 2018.