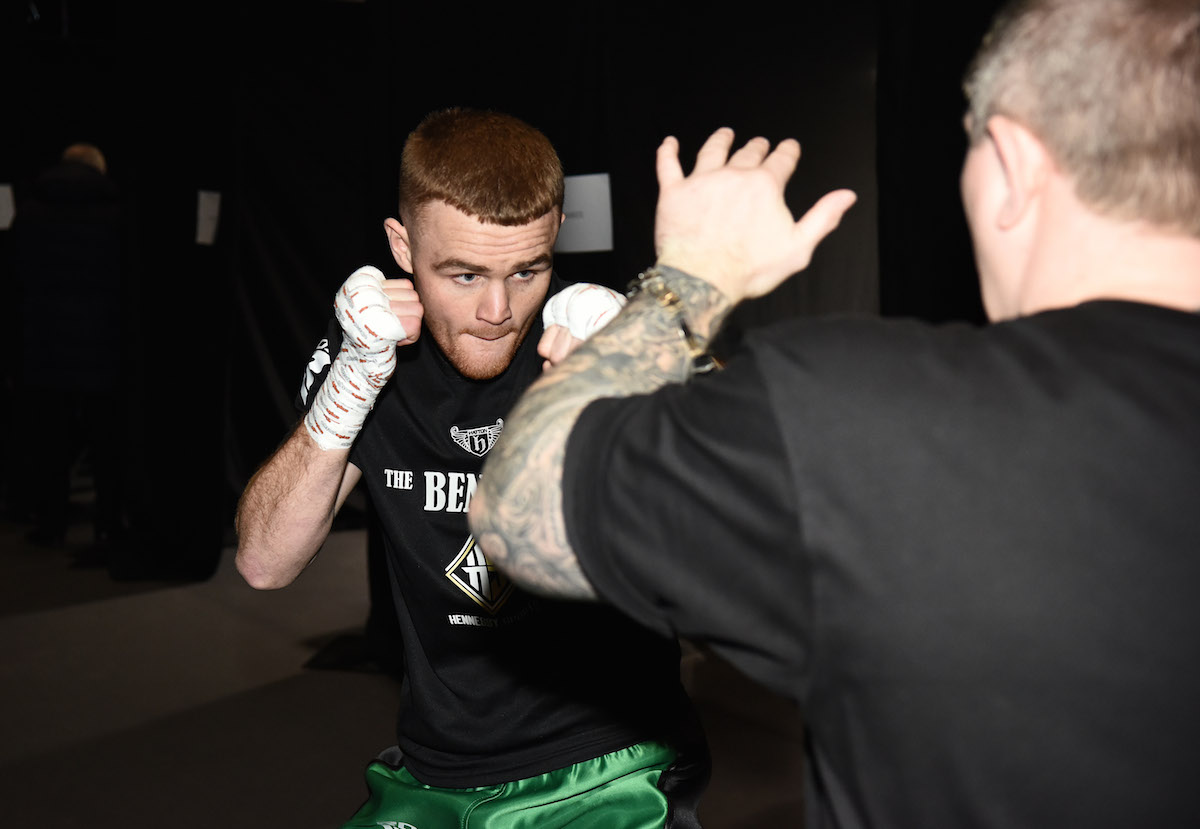 written by Chris McNulty May 13, 2021
FacebookTweetLinkedInPrint

BRETT McGinty has had a change of opponent for his second professional fight on May 22.

The St Johnston middleweight (1-0) will meet the experienced Jordan Grannum (5-73-2) at the Skydome in Coventry.

Originally, McGinty was due to face Josh Hodgins, but he has withdrawn.

McGinty will now meet the durable Grannum, who suffered his only stoppage defeat in 73 losses at the hands of Monaghan’s unbeaten Aaron McKenna in December.

McGinty-Grannum will be over four rounds on Mick Hennessy’s big show at the, headlined  by Sam Eggington and Carlos Molina for the Vacant WBC Silver Middleweight Championship, live and free on Channel 5.

In December, McGinty – an eight-time Irish champion at Oakleaf ABC – made his long-awaited transition to the paid ranks with a points win over Jan Ardon in Redditch.