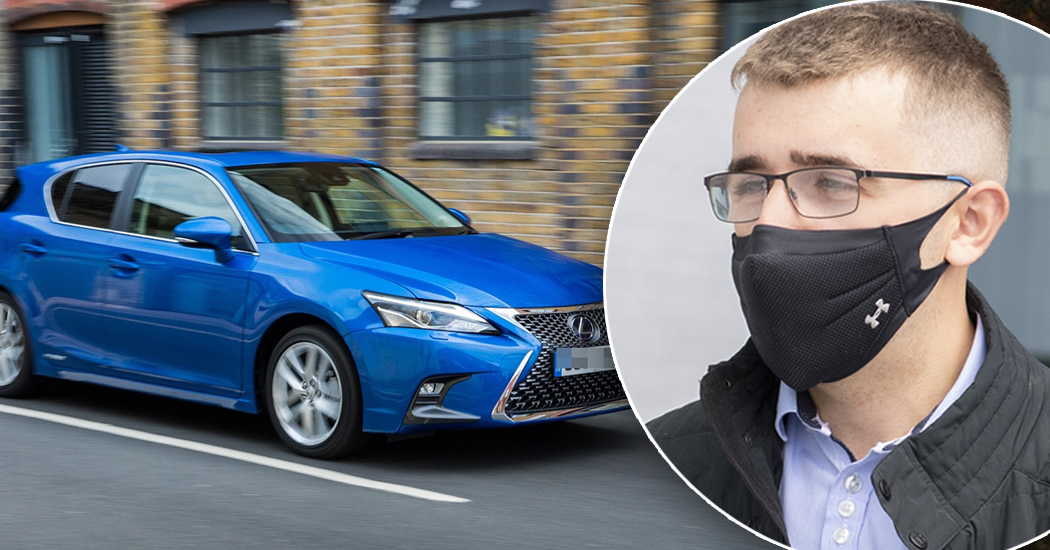 A Judge has told a young man he hopes he is better at driving heavy machinery than he is his Lexus car after he crashed it while trying to escape Gardai.

The young construction worker tried to evade them by reversing out of a roadway at speed but failed to stop and got stuck in a ditch.

He tried to escape on foot but was apprehended by Gardai.

The court was told that Russel, of Glack, Creeslough, did not have insurance or tax on the car.

His solicitor Mr Frank Dorrian, said his client had only bought the car a week earlier and had “taken it for a spin.”

He added that he “panicked” when he saw Gardai because he was not insured and reversed the car into a ditch.

He said Russel was now fully insured, was a capable young man working on a construction site in Dublin.

Judge Paul Kelly remarked: “I hope he is better at driving heavy machinery than he is a Lexus.”

The Judge asked the accused if he still had the Lexus but was told it was gone and that he was now driving a VW Caddy van.

Judge Kelly added that driving a Lexus was not always a great plan in Co Donegal.

He told Russell “There is nothing more calculated to bring the attention of Gardai than driving a Lexus 200 in this part of world.

“It is the vehicle of choice for people who think they are participants in the Donegal Rally.”

He reduced the charge of dangerous driving to one of careless driving and fined him €250 and a further €250 for not having insurance.