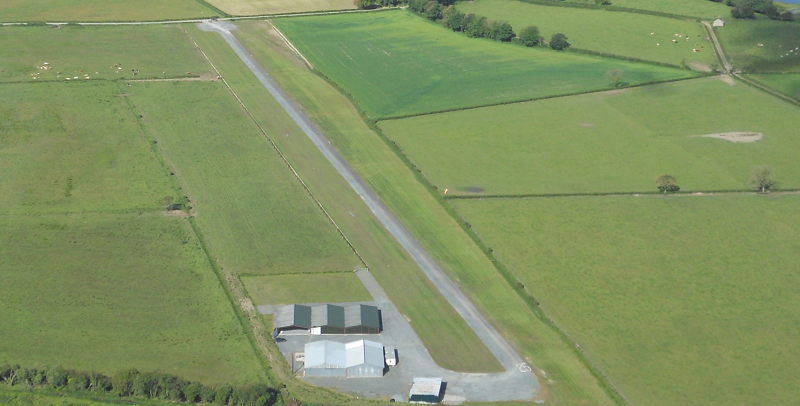 Could drones and ballooning be part of the future for Letterkenny Airfield?

A new future is in sight for Letterkenny Airfield with fresh talks planned to develop the facility.

Donegal County Council has been asked to engage with the owners of the Stevenon’s Airfield and help them plan a redevelopment that benefits the general aviation sector and the local community.

Cllr Donal Coyle said the site is ideal for low flying aircraft and all aspects of aviation, which could include model flying, parachuting, ballooning or a drone centre.

The airfield, sometimes called Stevenson’s Aerodrome, was established in the 1960s at the wish of the late Ian Stevenson. Over the years it has been used for local pleasure flying and as a base for tourism aircraft.  The present owners have been there since 2010, but Cllr Coyle said it is their wish to further develop the airfield with support from the council.

The site has a runway 557m in length and five hangars, making it adequate for most general aviation requirements, Cllr Coyle said.

The matter was raised at the July sitting of the Letterkenny-Milford MD, at which Cllr Coyle said he was “by no means” suggesting creating an airport in competition with Carrickfinn or Derry Airport.

He said the airfield could also be used in cases of accidents and emergency flights if emergency aircraft could not land at the Letterkenny Hospital helipad.

“The present owners are moving on age wise, if there is no plan for its future use I think it’s the way forward for the council to become involved,” Cllr Coyle said.

Cllr Coyle’s motion was adopted. The local authority will now make arrangements to contact the owners of the airfield for a meeting to be facilitated with the owners’ consent.

Could drones and ballooning be part of the future for Letterkenny Airfield? was last modified: July 13th, 2021 by Rachel McLaughlin
Facebook0Tweet0LinkedIn0Print0