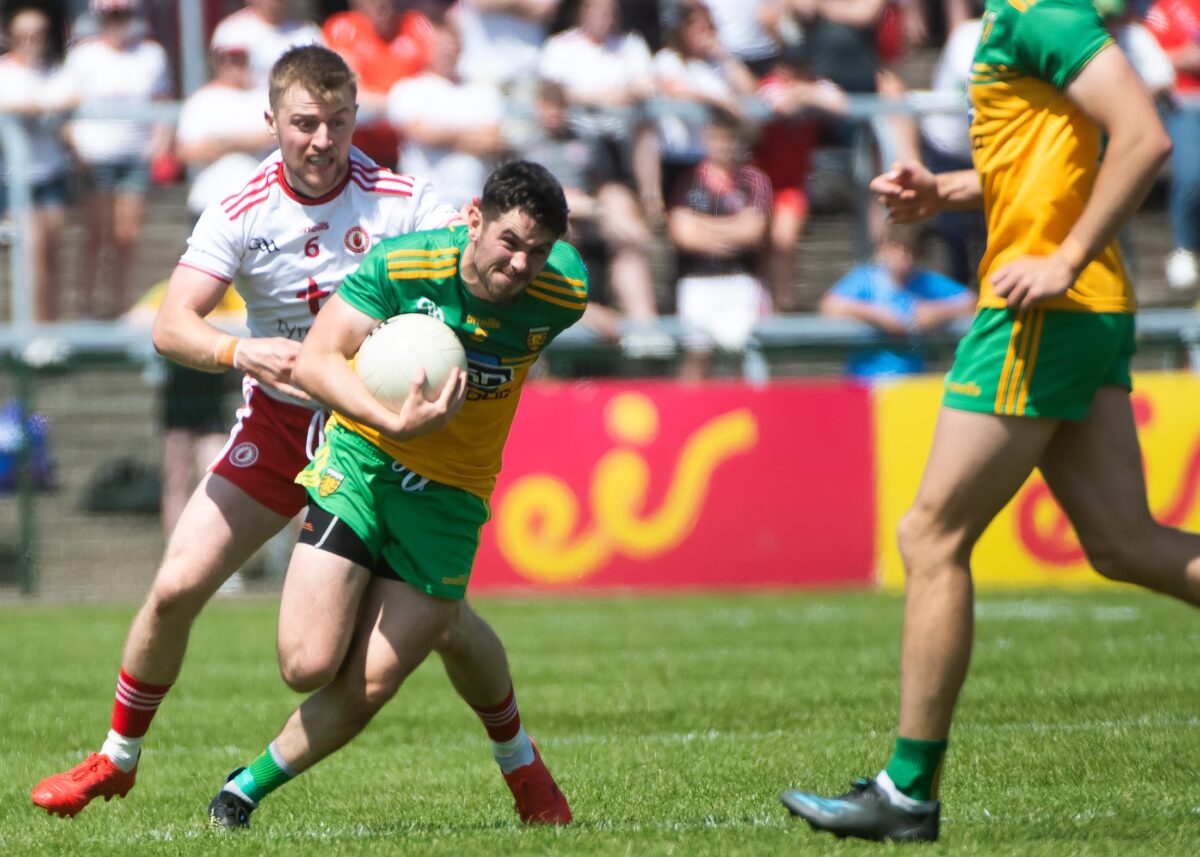 Watch: See the highlights as Donegal lose to Tyrone in semi-final

DONEGAL’S season was ended by Tyrone in an eventful Ulster semi-final in Enniskillen.

Tyrone kicked the game’s final five points for a 0-23 to 1-14 win, teeing up a final meeting with Monaghan.

Donegal, though, are left to chew on the remnants of a disappointing day.

Neil McGee left the play injured after only five minutes while captain Michael Murphy, just moments after missing a penalty, was sent off in the 33rd minute.

Caolan McGonagle’s goal allowed Donegal to stay in touch, but Tyrone had the greater strength in the closing moments.

Watch the full time highlights below …