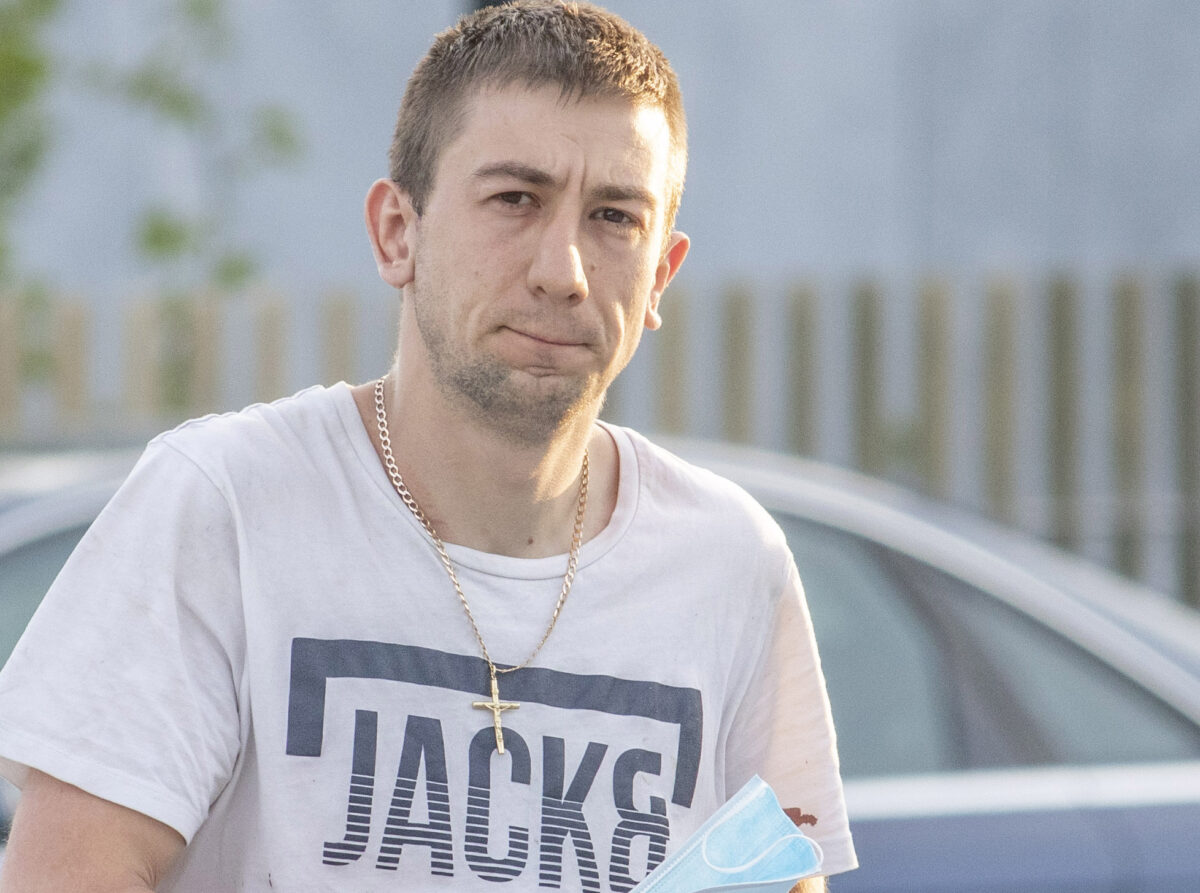 A man has been jailed for three years after he rammed a Garda checkpoint and damaged five cars on one of the hottest days of the year.

One of the cars damaged contained a baby of just three months and another aged 3 with medical needs.

The charges against the 27-year-old arose out of a 25km pursuit with Gardai from North Inishowen to Muff on a busy Sunday afternoon on April 25th last.

Ward overtook a line of more than 30 vehicles on the wrong side of the road during the pursuit.

The court was told the pandemic restrictions on both sides of the border had just been eased and because it was a very hot day there was a lot of people out and about.

Gardai were tipped off that a motorist was driving erratically just after 2pm and manned a checkpoint behind Carndonagh and Quigley’s Point.

However, Ward’s driving was so dangerous that Gardai stayed back and radioed ahead to their colleagues in the village of Muff on the Donegal/Derry border where another checkpoint was set up.

He again tried to evade this checkpoint but with disastrous consequences.

He collided with a total of five cars including two patrol cars before shunting a black BMW jeep into a disused building causing €30,000 of damage.

Ward, of Drumleck, Shantallow, Derry and two other males fled from the vehicles but were apprehended by Gardai.

Full details of the incidents were given in court by Garda Kenny Merritt who was involved in the pursuit on the day.

He told how traffic had been stopped on the Main Street in Muff and his colleague Garda Michael Devlin had stood in the middle of the road in a bid to stop Ward.

However, the accused, a landscape gardener who had been drinking, lost control of his car and collided with a number of vehicles.

One of the stationary vehicles belonged to the McErlaine family.

Dad Dermot McErlaine told in his victim impact statement how the majority of his three children’s injuries are all psychological.

The eldest child, aged 12, now walks to school no matter what the weather because she won’t travel in a car and her schoolwork has suffered.

He added that the family appreciate they have no real physical injuries and are lucky but wished their children didn’t experience what happened.

Barrister for the accused Mr Colm Smyth, SC, instructed by solicitor Rory O’Brien said his client had suffered in childhood and had witnessed his father stab his mother.

He had been very close to his mother and she had passed away from cancer in 2018 which led to Ward abusing substances and going astray.

He added that Ward was living in the council house his mother had lived in but that the reality was he would be homeless when he got off of prison because the house could not be saved for more than 51 weeks.

He said he accepted this was a very serious offence and that it was headed towards the upper end of such offences but stressed: “there is good in this man.”

Ward took to the witness stand and apologised to all his victims and said he never meant this to happen.

A key worker from Derry who has worked with the accused, a Ms Mahon, said Ward was a genuine person and could recover from this incident and turn his life around.

Passing sentence, Judge John Aylmer said Ward’s barrister was very accurate when he placed it at the upper end of such offences and that he was under no illusion of what a serious case it was.

He said he found it difficult as to why he should not impose the maximum sentence of 7 years in prison.

He added that it was “fortuitous” that more people were not physically injured.

However, he said he was encouraged by the evidence of people like Garda Merritt and Ms Mahon saying there was hope for this young man, that he was remorseful and very cooperative.

While his starting point was six years in prison, he would reduce it to five because of the opinions of such people.

He added that he wanted to seek to encourage Ward and that is why he is reducing this sentence to one of three years and backdated it to when Ward went into custody in April.

He also ordered him to stay off all alcohol and drugs.