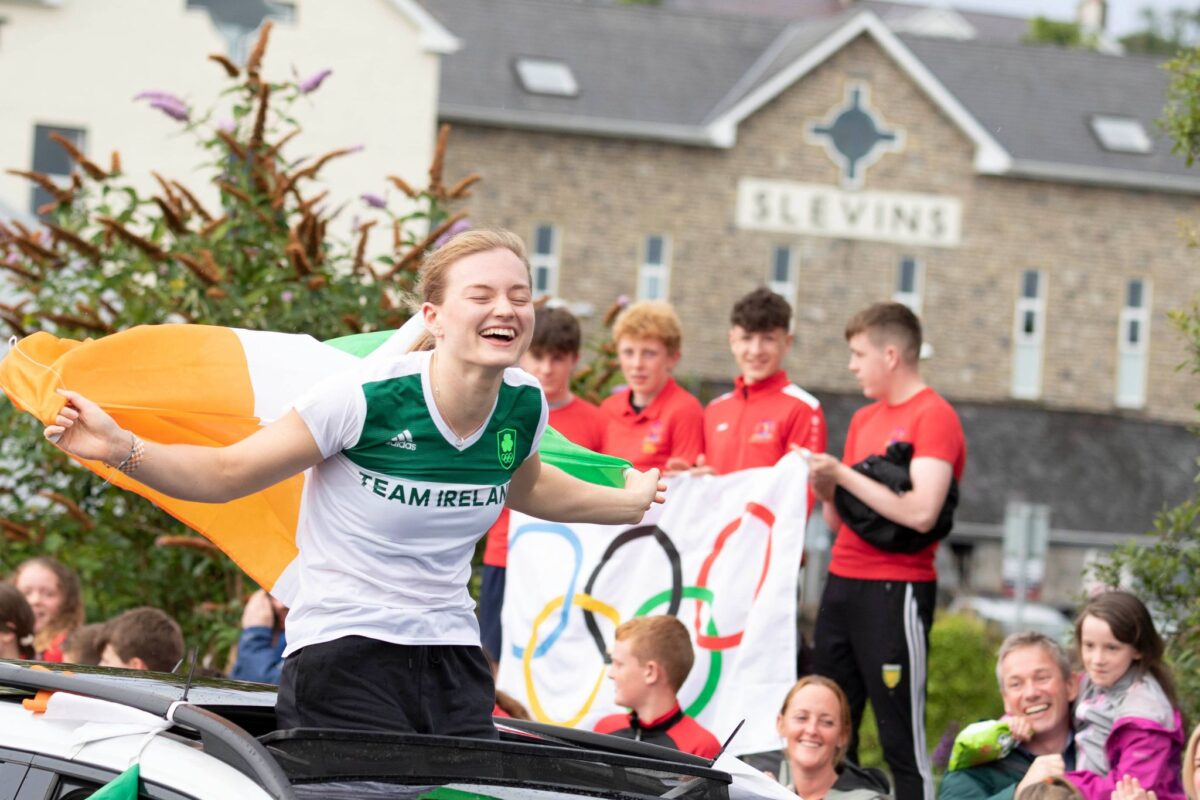 RARELY has there been such a hive of activity when Mona McSharry rolled into Ballyshannon.

Last night, the bunting was out, the people lined the streets and McSharry, out the sunroof of a car waving a tricolour, seemed on top of the world.

The regular traipses to Ballyshannon, from her home in Grange, Co Sligo, helped take her on a journey that culminated in the appearance in the 100m breaststroke final at the Olympic Games in Tokyo.

Those 4am alarm calls are worth it now – and McSharry, a student at University of Tennessee, wants to taste the Olympic moments again in Paris 2024.

“This time in three years’ again, hopefully I’ll do it again,” she said.

McSharry will turn 21 later this month and the Marlin’s Swimming Club graduate can aim high.

Already a world junior gold medalist from 2017 McSharry belongs on the big stage. She showed as much in Tokyo, bridged a 25-year barrier in becoming Ireland’s first Olympic swimming finalist since Michelle Smith in Atlanta 1996 by reaching the 100m breaststroke final. There, she finished eighth, swimming 1:06.94. 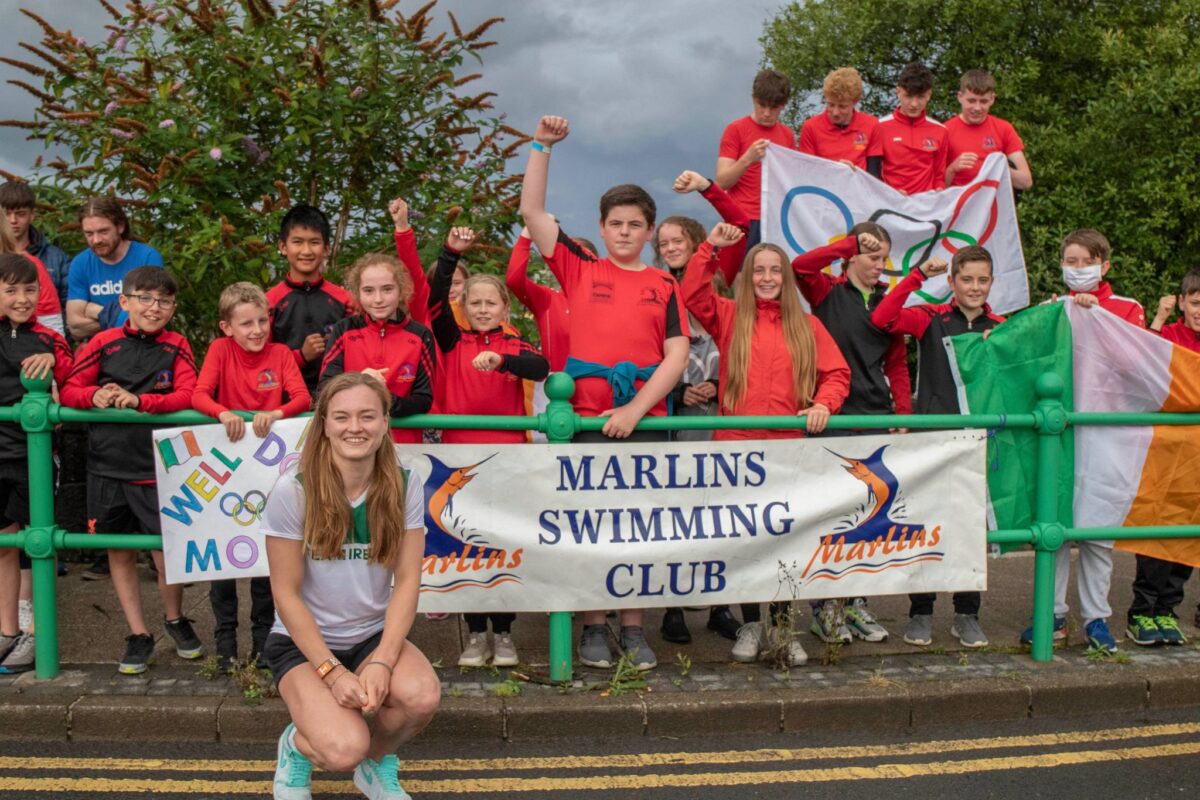 “Like every other child I dreamt about the Olympics and a million other things,” she said.

“I’m very stubborn so when I put my mind to something I’ll do it – and do it right. I like to work on stuff until I get it right. If you dig down deep, that’s one of my main characteristics. I love to compete as well in every aspect of life. That just grew and now I get to compete on the world stage against so many great athletes and basically do it as a job.”

Grace Meade, Mona’s coach at Marlin’s, remembers the early days and she has been a huge part of the jigsaw.

Lane 2 of the swimming pool at the Ballyshannon Leisure Centre became the ‘Mona Lane’.

“We would walk out on the deck and lane 2 would just clear,” Meade remembered. 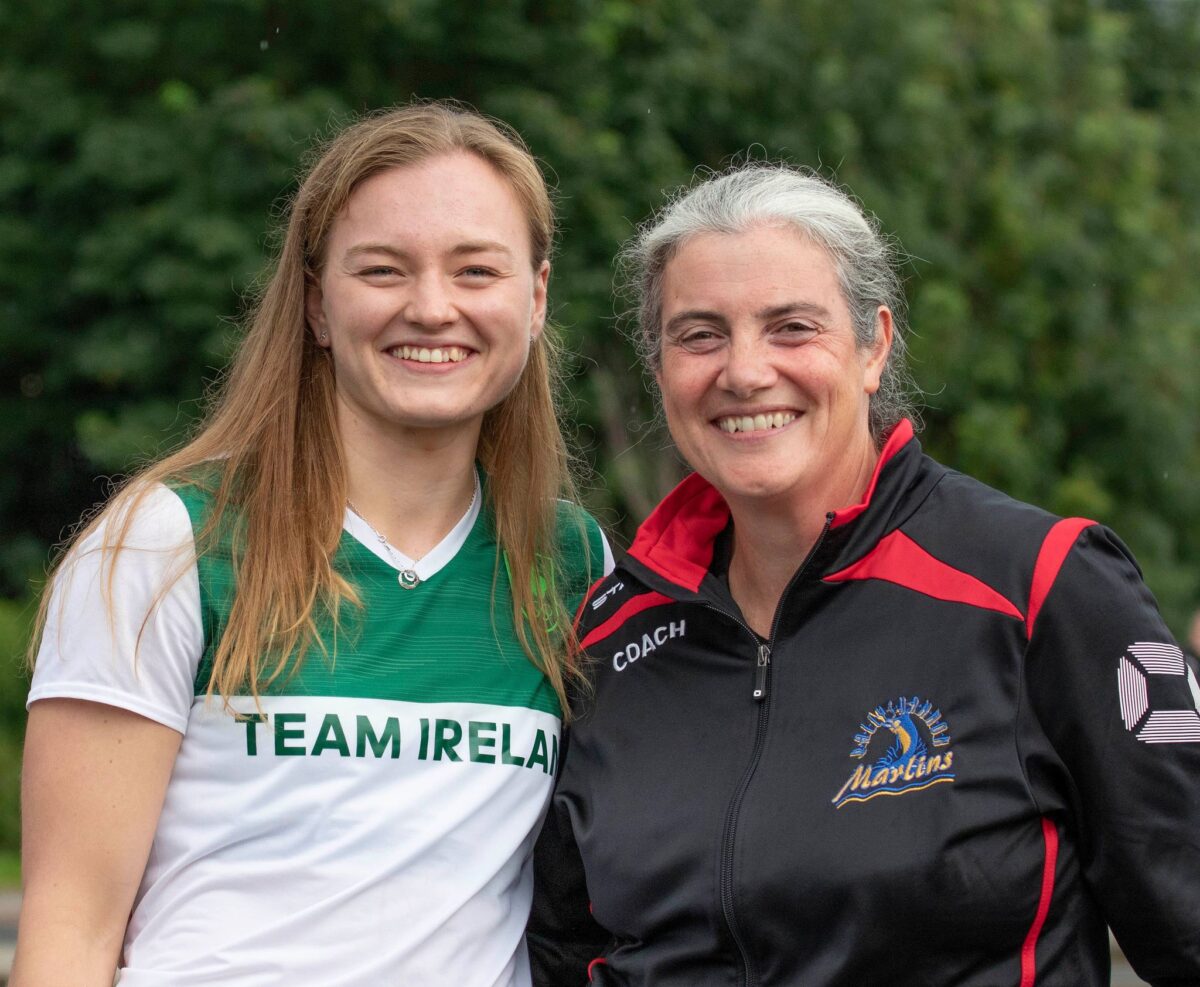 Mona tonight with her proud coach!

“We have put in a lot of hours over the years. They gave us as much pool time as we needed.  The pool and the management ad the club have been fantastic – and so has the community.

“There is no secret to it. We had a great support team around us. You have to go the extra mile. It’s hard work and that’s the bottom line.”

The Chairperson of Marlin’s Swimming Club, Sinead O’Hara, said the club is ‘absolutely delighted’ with how McSharry’s star has risen.

“This didn’t happen overnight,” she pointed out.

“Mona is a superb talent. She has incrementally got stronger She has such a bright career in the pool – this is only the start.”

Caroline Patton, the manager at the Ballyshannon Leisure Centre, takes great pride in the pool, which she nicknamed her ‘wee bucket’.

“A hidden gem that has now been discovered,” she beamed. 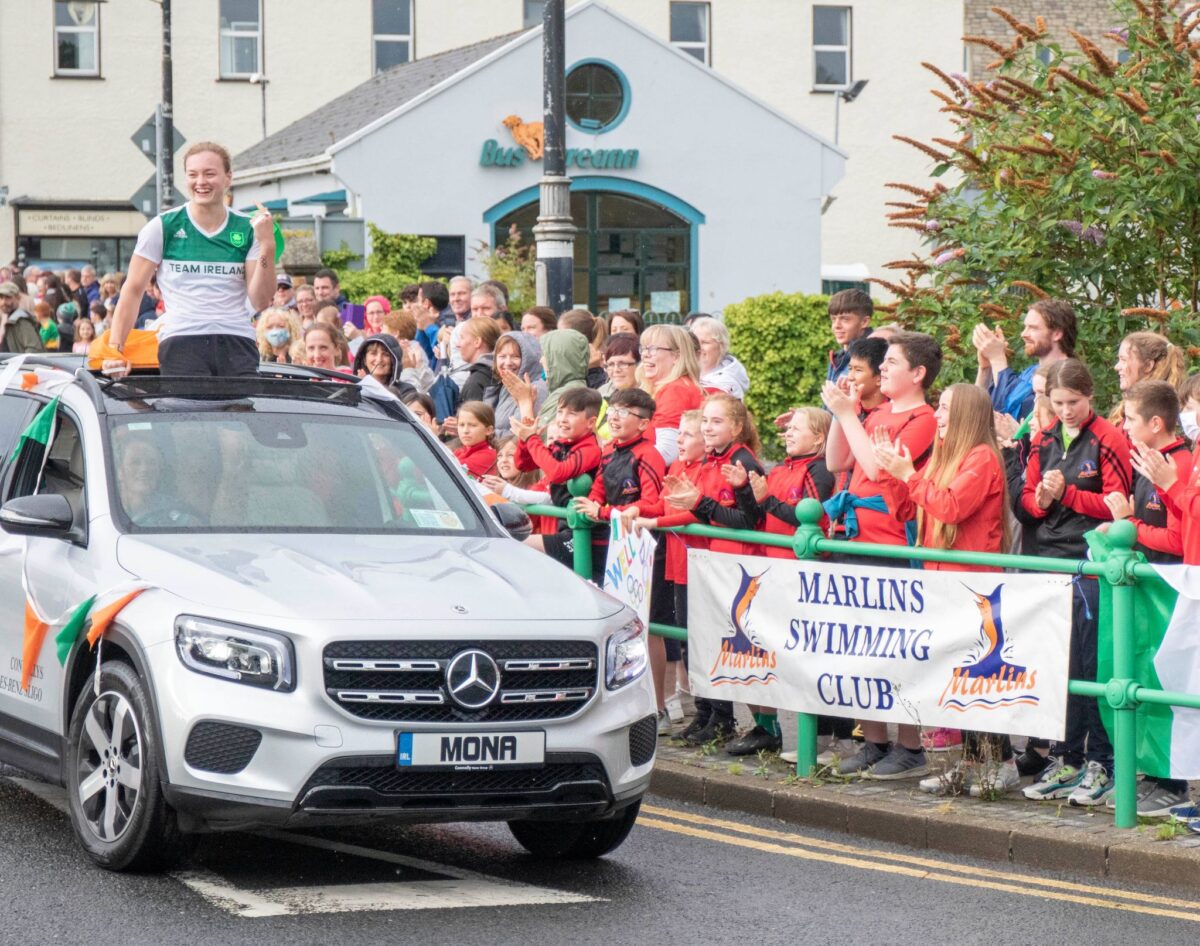 “It has been a lovely journey. Mona is an amazing girl. A star in the making is what she is.”

McSharry remembers in 2012 when, in the company of other budding young Marlin’s swimmers, she hoisted her hand firmly in the air when a coach asked who wanted to go to the Olympics.

Soon, the dream became a reality.

The determined McSharry was undaunted by the Olympic stage.

She said: “I have the same race strategy so I had the blinkers on. I don’t pay attention to anyone else.  I just focus on my own process. The heats were pretty stressful. I knew that if I swam my best that I would be able to make the semis. That was scary, but in a good sort of a way.”