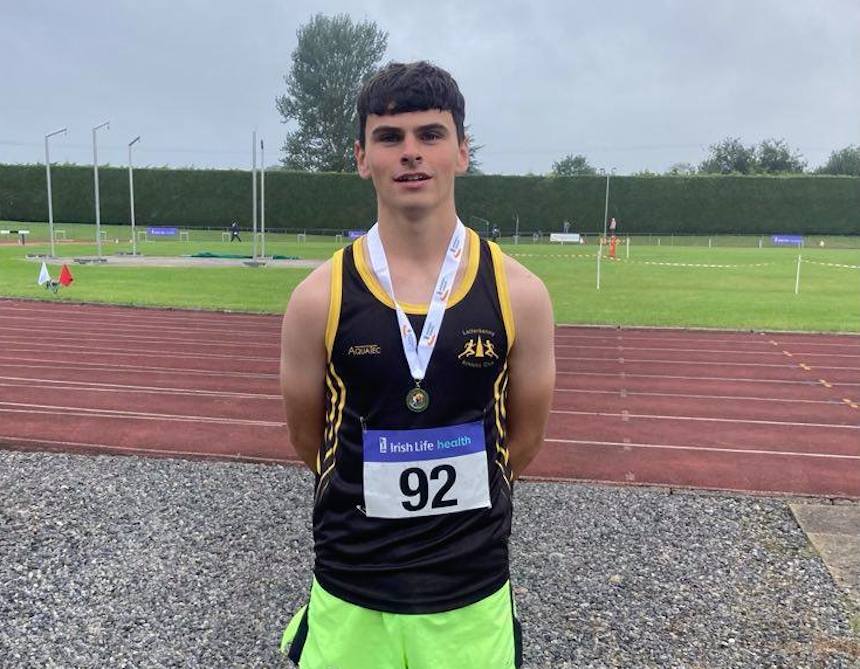 Ryan Canning of Letterkenny AC took cold in the first final of the Championships.

Canning took gold in the Under-19 400m hurdles. The Leterkenny ace finished in 60.79 seconds to take the gold.

Tir Chonaill AC’s Lucy McGlynn was a convincing winner in the Under-18 400m hurdles.

McGlynn has just moved up to the long hurdles and is firmly on the rise,

Lifford-Strabane AC’s Harriet McCrossan was the silver medalist in the Under-17 300m hurdles.

McCrossan took silver in 46.11 seconds, with the event won by Limerick athlete Eimear Galvin in 45.71 seconds.

McCrossan had a fall at the seventh hurdle in her heat, but the gutsy teen got back on her feet to advance to the final, where she took a fine second.

Dewhirst went straight from hurdles to poles for back-to-back medals.

Letterkenny AC’s Fern Duffy was seventh in the Under-14 and will go again tomorrow in the 200m.

Canning sets the tone as Dewhirst doubles on day one of National Juveniles was last modified: August 6th, 2021 by Chris McNulty
Facebook0Tweet0LinkedIn0Print0