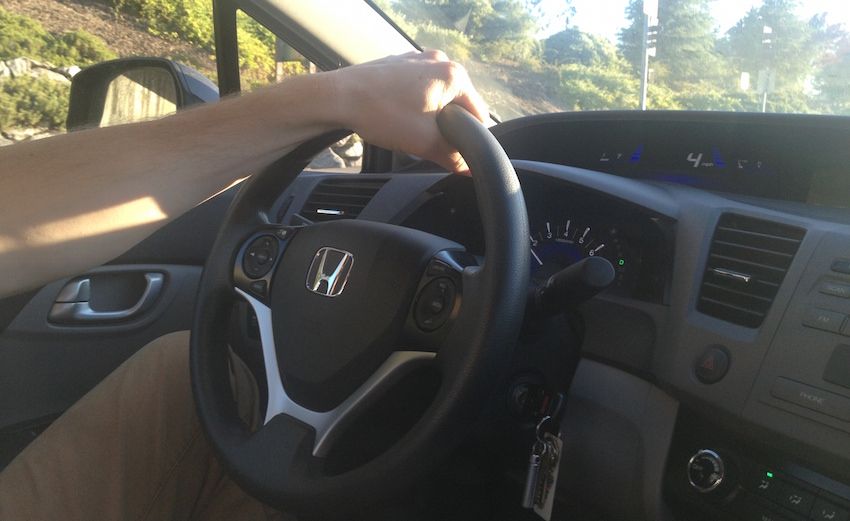 A Donegal father-of-two has been told by a judge that he was “a very lucky man that those children still have a father.”

Judge Deirdre Gearty told 28-year-old Philip Kelly of Cloghanmore, Cloghan that his driving and actions on Oct 2, 2020 was an “appalling act of utter madness”, at Glenties District Court.

Members of the Armed Response Unit had to arrest him after he fled into a wood after he was involved in a car chase with gardai that went through ten townlands, the court heard.

The judge said this was a waste of the resources of the State.

The defendant pleaded guilty to charges of drunk driving at Montymeane, Glenties and driving with no insurance at the same location.

The defendant also pleaded guilty to charges of of dangerous driving at Lacklea, Glenties and Meenawara, Glenties on the same date and these were taken into consideration and struck out respectively.

Inspector David Durkin told the court that Garda McCrossan got a report of two males who were drunk and close to each other in the date in question.

Garda McCrossan came across a van that was parked outside a licence premises at 2.55 pm.

The van immediately took off at speed and refused to stop for the garda in a chase that extended over ten towlands.

It drove at speeds of 50-60km on narrow winding roads and drove on its incorrect side of the road through a few townlands before turning left at the Ghost House and struck a grass verge in a ten- minute chase.

The defendant got out of the car and ran into a wood and his passenger stayed in the vehicle.

Garda McCrossan got the assistance of the Armed Response Unit to help in the find the defendant and a major search was carried out over a large- wooded area.

Eventually, the Armed Response Unit found and arrested the defendant.
The court heard the defendant had a breath alcohol reading of 78 mcgs of alcohol per 100 mls of breath.

The defendant had no insurance but did have a licence, the court heard.

He had one previous conviction for no insurance in 2017.

Defence Solicitor Frank Dorrian said that despite these events, the defendant was an otherwise upstanding man and was married with two young children and was working in Dublin in the building industry.

Mr Dorrian said it was “irrationality” on the part of his client.

Mr Dorrian said his client intended to go to work but his employer rang him to say there would be no work that day.

The defendant and his friend located the van which was owned by his partner in a wood.

They managed to get it started.

They decided to go drinking and that was where things began to fall apart, and this unhappy sequence of events ensued.

Mr Dorrian said the maximum speed was 60km and the chase was “less spectacular than it read”.

“How do you know, you weren’t there,” said Judge Gearty.

Mr Dorrian said he had consulted with his client about the matter.

The defendant was trying to make good his mistake by pleading guilty.

The solicitor said it was “irrational and crazy” and the defendant did not set out to find himself in court.

He and his friend were “at a loose end” and one poor decision borrowed another and “here we are”.

And while it was not acceptable, they were not the worst of speeds, and they were relatively modest.

A driving ban would put him at a great disadvantage, and it was a long from Glenties to Dublin and back.

The solicitor added that other than this matter, and the single previous conviction, the defendant was an otherwise hard working and reasonable young man.

In sentencing the defendant, Judge Gearty said his actions had put himself and his passenger at great risk.

She added that considerable resources of the State had to be engaged in order to apprehend the defendant.

She said she was sure that the Armed Response Unit had much better things to be doing than following the defendant around the roads of Donegal.

This was no example for the defendant to be giving to his children.

The judge said the previous conviction for no insurance showed that he had little
regard for the rules of the road or the laws of the land.

The judge fined the defendant €500 and banned him from driving for three years on the drunk driving charge.

On the no insurance charge, she said: “You have two young children, don’t ever do this again” and took that charge into consideration.

Judge tells driver his children are lucky they still have a father was last modified: January 28th, 2022 by Staff Writer
Facebook0Tweet0LinkedIn0Print0