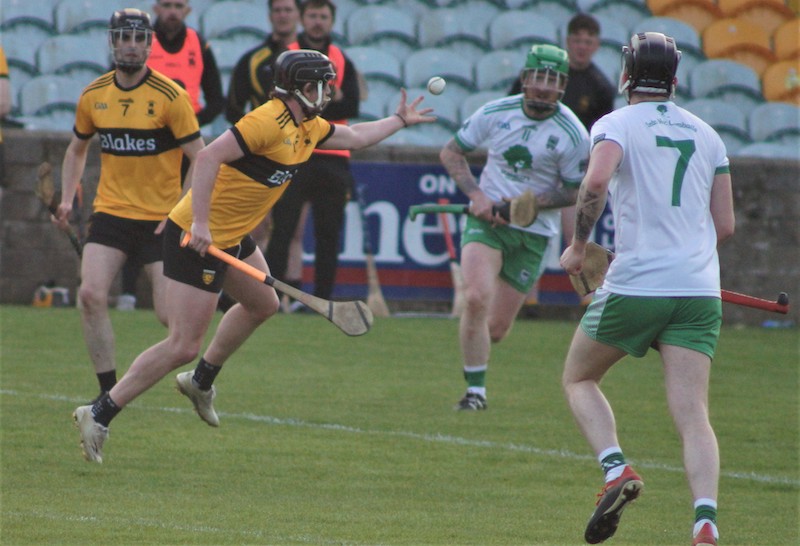 St Eunan’s finished off the senior hurling league campaign with a comfortable win over MacCumhaills in Ballybofey on Friday.

The first half was a close affair.

The visitors threatened to pull away a number of times largely through the scoring of Peter Kelly, who contributed seven points, and a well taken Gavin Forde goal.

However, Mac Cumhaills kept in touch with three frees from PJ Browne and goals in either quarter from Barry McGranaghan and Patrick Bradley, leaving St. Eunan’s three points ahead at the interval, 2-5 to 1-11.

Two quick goals on the resumption for the Letterkenny men finished the game as a contest.

A long range Russell  Forde shot found its way to the net, followed shortly by a fine finish from Kevin Kealy in the 35th minute when he cut through the home defence.

Browne and Orin McDermott cut the deficit, but St. Eunan’s took over in the final quarter with a series of points and late goals from Kelly and Kealy.