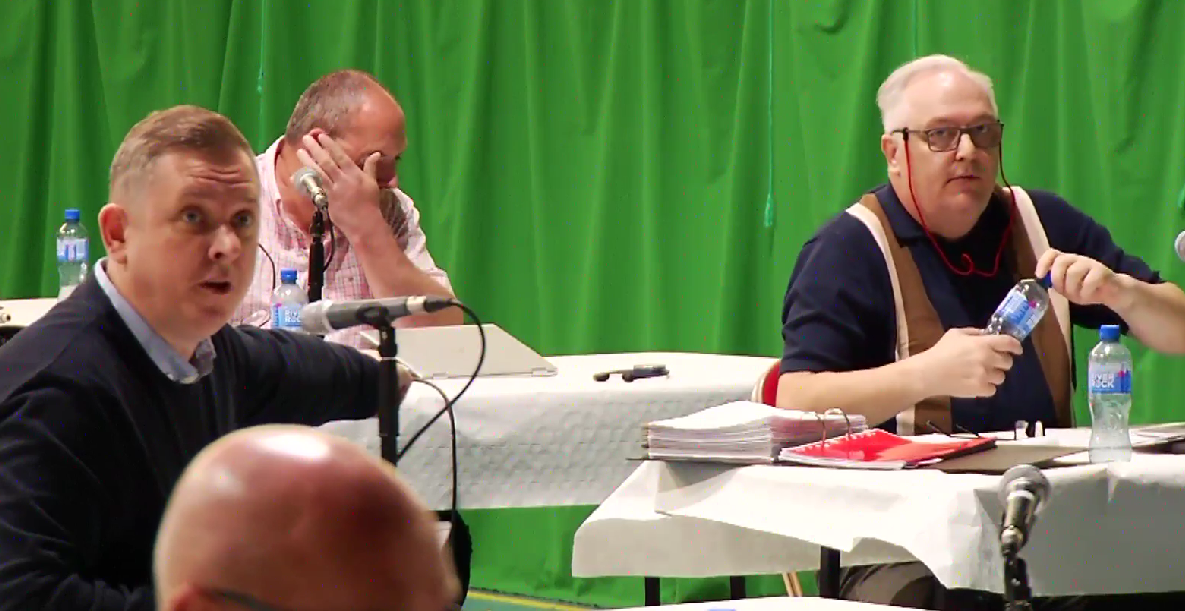 Sinn Féin Councillor Gary Doherty has said that he has yet to have his mobile phone returned after an alleged theft at a council meeting on Monday.

Gardaí are making enquiries into the incident at a special meeting of Donegal County Council in the Aura Leisure Centre.

Independent Cllr Frank McBrearty allegedly took a phone from the hands of Cllr Doherty during an adjournment. When the meeting resumed, and Cllr McBrearty was asked to leave under standing orders, he reportedly left with the phone.

In a statement this afternoon, Cllr Gary Doherty has said he will not let the issue interfere with his work: “I am extremely disappointed with the turn of events at yesterday’s meeting of Donegal County Council, during which Cllr. Frank McBrearty stole my phone. He has refused to return it since.

“Politics should be about co-operation, not confrontation. I have a job to do as an elected representative and this won’t distract me from my duties.”

Cllr Doherty has thanked people for the support he has received since the events.

“I want to acknowledge the supportive messages I have received from constituents and the support of my family and party colleagues. It means a lot,” he said.

“The matter is now with Gardaí and I trust that they will do their utmost to bring the situation to a speedy resolution.”

Gardaí have confirmed that they are making enquiries into an alleged theft which occurred in Letterkenny, Donegal yesterday afternoon, 11th July 2022.