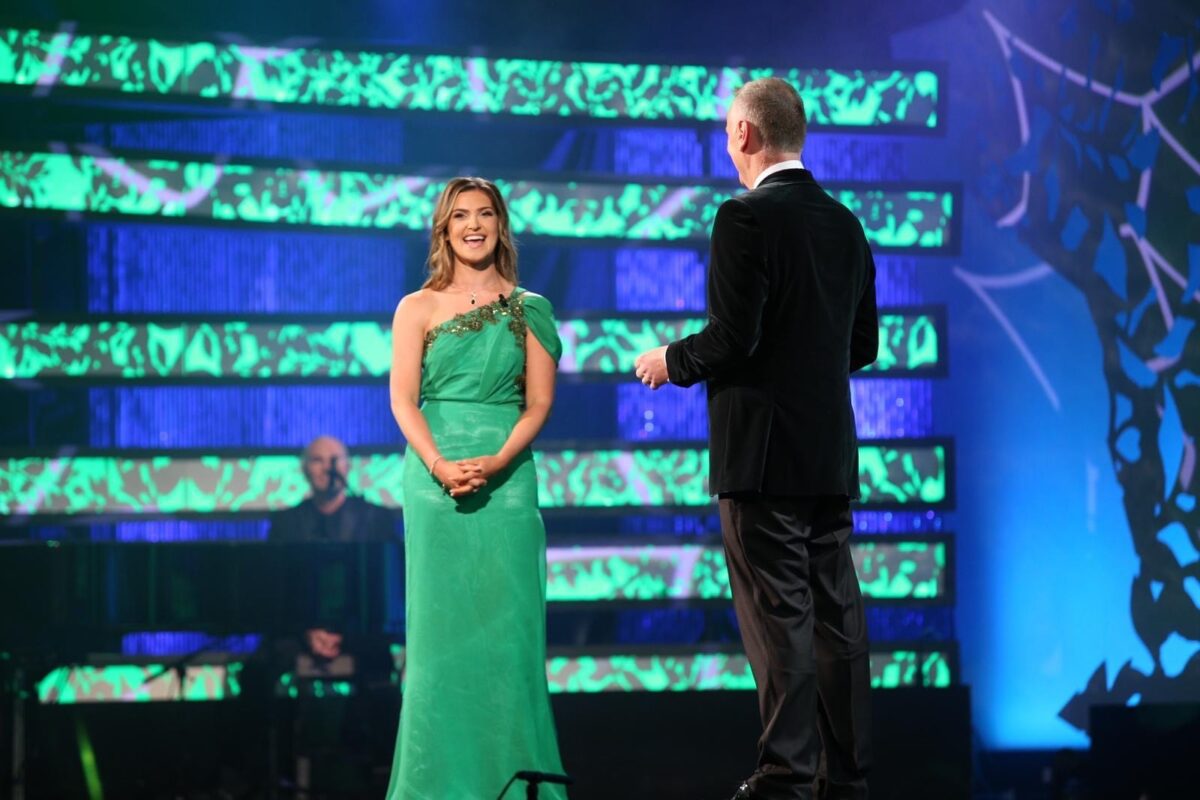 Donegal Rose Katie McAteer took to the Dome stage last night in Tralee as she spoke candidly about the passing of her father when she was just four years-of-age.

The University of Limerick Journalism and New Media graduate walked out in a gorgeous green gown and was quick to show her pride for her county, saying that she prefers the Donegal green and gold over the Kerry green and gold!

Katie’s mum, step-dad, brother, sister, boyfriend, aunties, cousins and friends were all in the audience waving the Donegal flag for her. 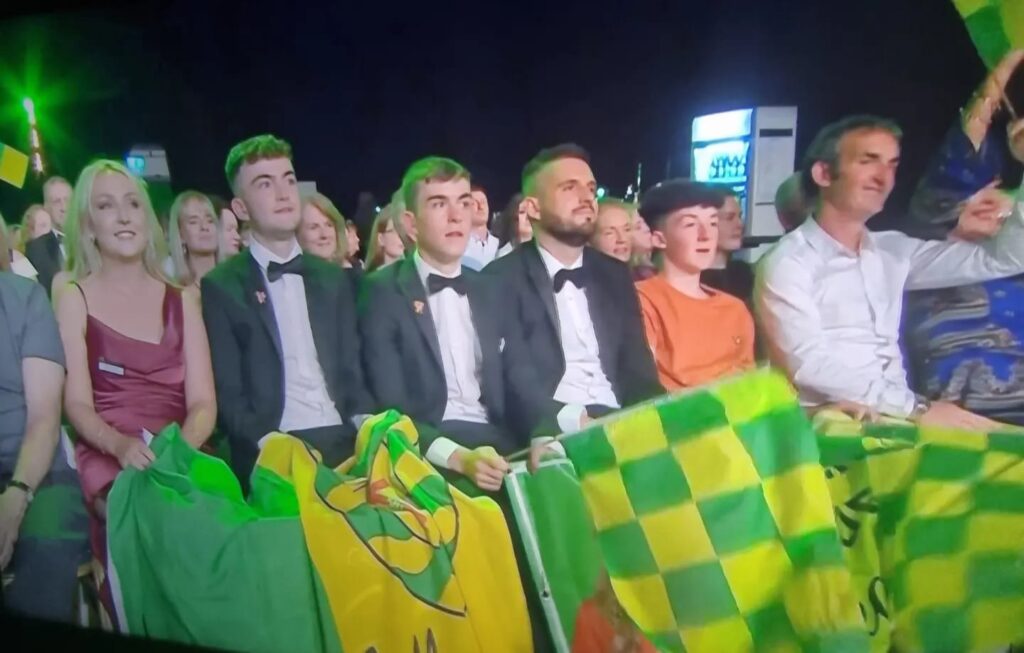 She then spoke about her dad Frank, who sadly passed away when she was only four years old, as she recalled going to the pub he worked in and helped him to clean up and ate Tayto cheese and onion crisps.

Katie praised her grandparents and aunts and uncles for stepping in after his death, and for looking after her family.

“We obviously missed our dad and we knew that he had passed away but we weren’t missing out on anything because everyone really filled that place and stepped in,” she said to host Dáithí Ó Sé.

“It was only really, like, about five years ago that I actually realised I grew up in a single parent household because we had so much support.” Katie recited a poem about her home town of Rathmullan, along with a short film she made to promote tourism in the area

She smiled as she told of how her mum re-married after his death, saying that it was not without its “hissy fits”, but it changed their lives and brought so much happiness.

“It has shown us that, yes, the worst possible thing has happened but also then, when two people find each other again and they get married, and it’s one big chaotic family, it’s unreal,” Katie said.

Katie spoke about how important the charity Rainbow is to her, they help children and families that have suffered loss or separation, as she herself availed of their services and made her realise that she was not alone, from hearing other people’s stories. 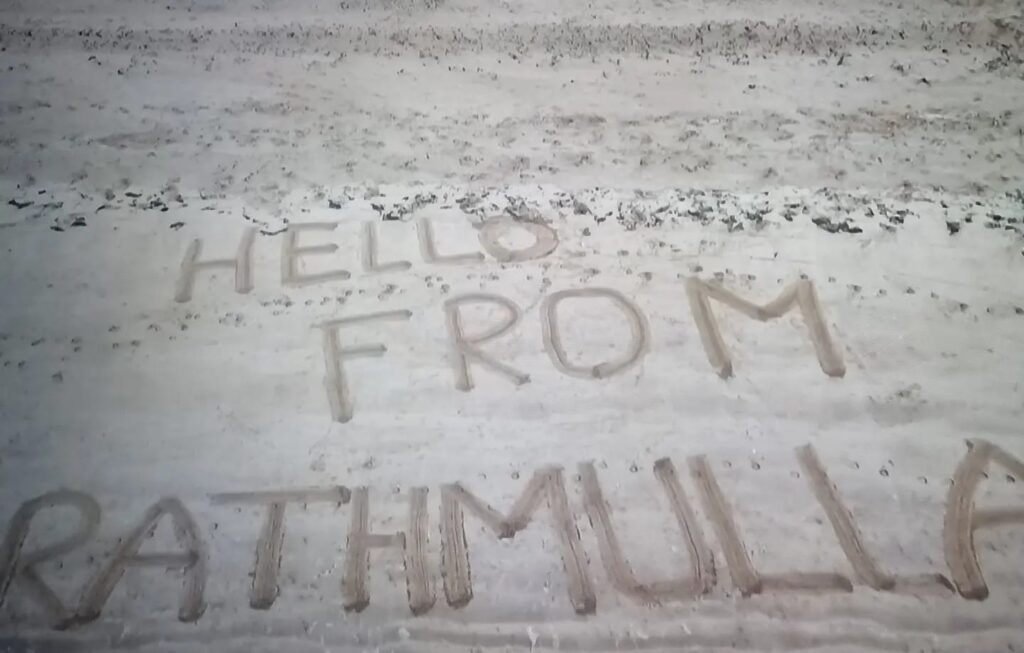 For the talent portion of the competition, Katie showcased a short film that she was asked to make after being involved with Rathmullan Film Festival, to promote tourism in Rathmullan, as the country came out of a lockdown.

She recited a poem that she had written, as a background to the stunning video that showcases Rathmullan in all its beauty.

The Rose of Tralee Festival continues tonight on RTÉ One and the RTÉ Player from 8pm to 9pm and 9.35pm to 11.35pm.