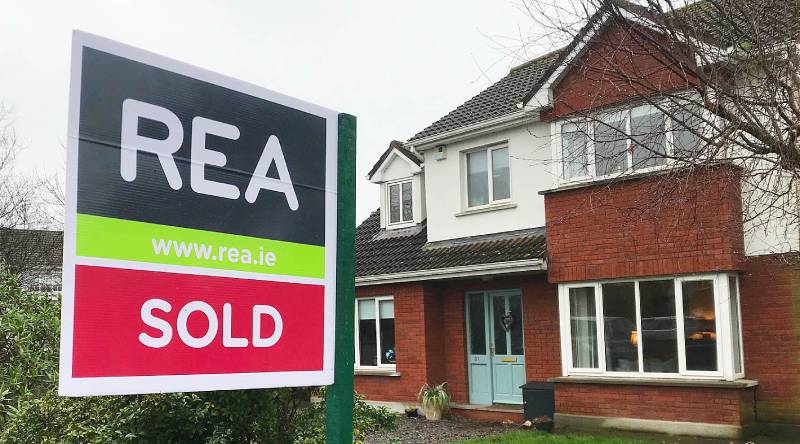 Donegal house prices up 1.8% in past three months

The price of the average second-hand three-bed semi in County Donegal has risen by 1.8% to €140,000 in the last three months, according to the latest national survey by Real Estate Alliance.

Donegal agents are reporting that 12% of purchasers this quarter were first time buyers, with almost a third of buyers coming from outside of the county at 32%.

Additionally, the data shows that BER A-rated homes are commanding a 10% premium over their C-rated equivalents.

“We have seen that there is continued strong demand in the market from Northern Ireland purchasers for holiday homes in the area,” said Roger McCarrick of REA McCarrick and Sons, Bundoran.

During this period, prices in Milford remained at €135,000, unchanged from Quarter 2, with time taken to sell at four weeks, also unchanged.

Nationally, the rate of house price inflation has halved in the past three months as rising costs cause home buyers to be more cautious.

The actual selling price of a three-bedroomed semi-detached house across the country rose by 1.4% over the past three months to €290,630 – representing an annual increase of 10%.

This is a marked slowdown on the 2.9% quarterly increase recorded in the preceding three months, signalling a cooling of the frenetic demand in the marketplace.

And the index found that A rated homes are commanding a 12% premium over their C rated equivalents – a figure that rises to 16% in the capital as running costs become more important to home buyers.

While the actual average selling price of three bedroomed homes in Dublin city is about to breach the €500,000 mark, the 0.8% quarterly rise to €497,500 is half that experienced in the previous three months.

58% of all purchasers in the past quarter were first-time buyers according to REA, a figure which rose to 76% in Dublin as people with mortgage approval look to get on the housing ladder.