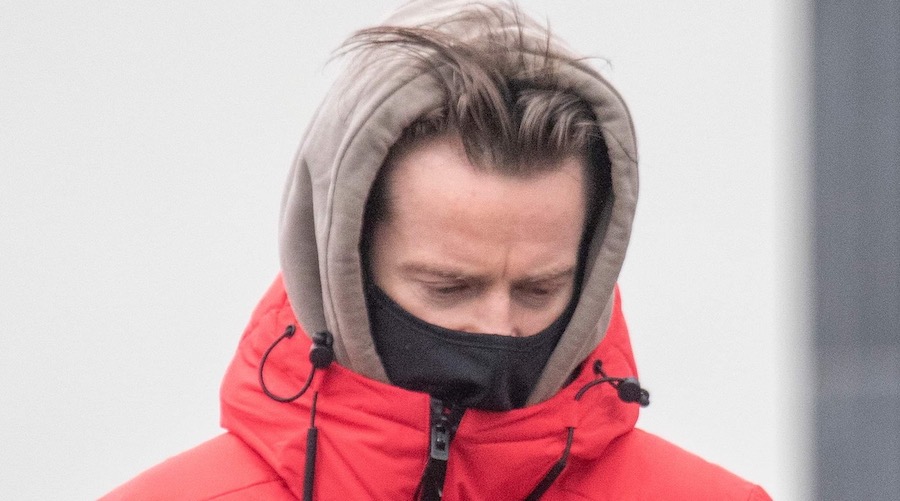 A man who pleased guilty to having images of children being sexually abused hid the pictures on a mobile phone in the cistern of a toilet in his home.

Brendan McAteer, a 45-year-old, appeared before Letterkenny Circuit Court where he pleaded guilty to four charges relating to the possession and distribution of child pornography.

Detective Garda Enda Jennings said the investigation that led officers to McAteer was part of Operation Ketch, targeting the possession and distribution of child pornography.

Detective Garda Jennings and colleagues raided the then home of McAteer, in a rural area outside Carrigart, on February 12, 2019.

McAteer, originally from Toomebridge in Co. Antrim, told Gardaí that he did not have a mobile phone. However, he admitted to officers that he had placed a phone in the cistern of the toilet. The phone and other exhibits were seized by cops.

When asked if he shared images of people under-18, McAteer told Gardaí: ‘Probably, yeah’. He said the youngest he viewed was ‘about 15’.

Detective Garda Jennings told how McAteer claimed to be a 17-year-old female when conversing with a child believed to be from Scandinavia.

Gardaí arrested McAteer in October 2019 when a ‘sale agreed’ sign went up at the house in Carrigart.

In the witness box, McAteer, with his head bowed, spoke only to plead guilty to four charges.

He was charged with knowingly possessing child pornography on February 12, 2019, an offence contrary to Section 6.1 of the Child Trafficking and Pornography Act, 1998. On a Samsung mobile phone, Gardaí found 12 images and six videos of children engaged in sexual acts on.

McAteer was charged with the production of child pornography on February 4, 2019.

He also pleaded guilty to the use of information and communication technology to facilitate sexual exploitation of child on February 4, 2019.

McAteer pleaded guilty to a further charge of causing a child to watch or look at images of a person engaged in sexual activity for the purpose of sexual gratification on February 4, 2019.

Barrister for McAteer, Mr Shane Costello, SFC, said his client had to move ‘on a number of occasions’ since these offences.

“He has lost his business and suffered financially,” he said.

“He was a man of some promise. He had set up a number of businesses, but he had to sell the last of these businesses as word came out that he had committed these crimes. He is hoping to restart a normal life. He is financially ruined. He has been ostracised from family members and completely alienated from friends and acquaintances. He is deeply ashamed of what he has done.”

Mr Costello told the court that McAteer, who is from outside the jurisdiction, had moved to Donegal initially ‘to try and help a young friend who was struggling with a mental health issue’.

“He moved from a cosmopolitan life to a very rural one to try and better himself,” Mr Costello said. “This led to my client becoming isolated and feeling very alone. There was no outside stimulation and he went down the rabbit hole of online apps.”

McAteer, his barrister said, began to access adult pornography ‘out of boredom’.

“As a young man, he was raised in a very conservative environment, which maybe was not receptive to the fact that he was homosexual. He suppressed that for a long time. He struggled with his sexually and the concept of being different. This led to him accessing and exploring pornography. He offers no other explanation or excuse. Two words in the probation report summarise this man: It refers to an ‘indolent existence’.”

Mr Costello said McAteer had accepted responsibility for his crimes and asked the court to be as lenient as it could.

Judge John Aylmer remanded McAteer on continuing bail and adjourned the matter until Tuesday next, October 25, for sentencing.