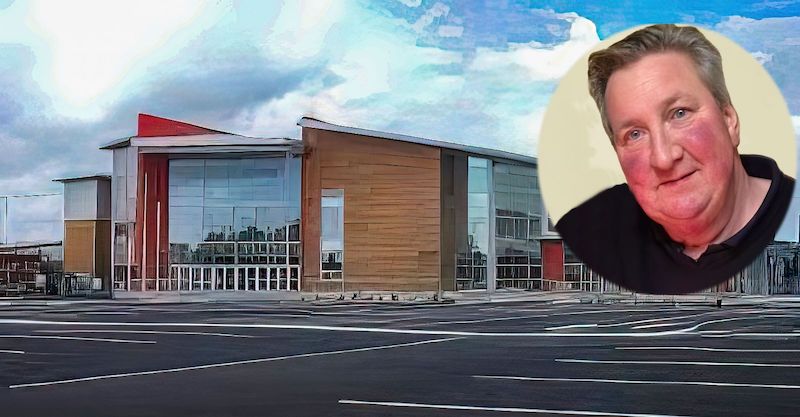 A man who spied on naked children in a Co Donegal leisure centre has been jailed for 15 months.

Louie Nugent used a vile scheme of mirrors and mobile phones to film young girls getting changed in the cubicles of the Aura Leisure Centre in Letterkenny.

Father-of-eight Nugent, 67, appeared at Letterkenny Circuit Court after being caught by a horrified father-of-two young girls.

The former carpenter and tax-driver was caught carrying out the lewd acts on a number of occasions.

His seedy operation only came to light when two young girls aged 12 and 14 refused to go to swimming lessons at the Aura Leisure Centre in Letterkenny after they became victims of the pervert.

Detective Garda Stephen Moyles said the sisters were in a changing cubicle on November 15, 2017 when the younger girl noticed a mobile phone appear beneath the partition with the adjacent cubicle.

The girl believed that she and her sister were being recorded and saw a man lying on the floor in the next cubicle. The other girl, who climbed onto the seat, told how a man was ‘hunched over and flicking through his phone’.

They didn’t initially tell their parents but the following week they refused to go swimming and they told their father what had happened.

Instead of confronting the accused, the man decided to monitor Nugent in the changing rooms in a communal area.

The man, who cannot be named to protect the victims, saw Nugent remove someone else’s clothing from a cubicle next to another which a mother and a young girl around 6 years were using.

He then saw Nugent lying sideways on the floor with a mobile phone in one hand and a circular mirror in the other.

Nugent was observed concealing the phone and mirror with a towel. Nugent was seen placing two mirrors and two phones in a locker and returning to the pool area.

The man saw Nugent smile at another young girl, estimated to be six or seven years of age. The young girl went to a shower cubicle with the door opened.

The witness saw Nugent remove a mirror which was concealed behind the toilet bowl.

The outraged man finally confronted Nugent and escorted him off the premises but brazen Nugent whispered to him “You’ll never f***ing catch me.”

The man informed staff and Gardai who viewed CCTV footage and identified the accused.

A further search of the building revealed a number of other mirrors allegedly hidden by Nugent in other parts of the changing rooms.

Before he could be arrested however, Nugent fled to Scotland but was later arrested and brought back to Ireland on a European Arrest Warrant and has been in Castlerea Prison on these charges since October 7, 2021.

Nugent also pleaded guilty to three counts of intentionally engaging in offensive behaviour of a sexual nature at Aura Leisure Centre on November 15, 2017 and November 21, 2017

He also pleaded guilty to intentionally engaging in offensive behaviour of a sexual nature on November 22, 2017 on an occasion other than that referred to at the Aura Leisure Centre

His barrister, Mr Sean McGee, said his client simply could not explain why he carried out such acts, saying he had no previous convictions.

Since the matters came to light, he has lost his marriage and has had limited contact with any of his children.

The only place he can seek shelter is to his mother’s home in Glasgow, he added.

“He has been completely isolated since,” Mr McGee said.

Mr McGee said that Nugent wished to apologise to his victims.

Passing sentence Judge John Aylmer said the offences involved a “very gross invasion of privacy of young girls in changing rooms of a leisure centre” with some of the victims as young as five years old.

He noted the maximum sentence for such offences were one of two years on each count and he placed these offences at the upper end of the scale of such offences and one which deserved 20 months before mitigation.

In mitigation, Judge Aylmer said Nugent had pleaded guilty and spared the victims the necessity to give evidence.

He also noted he had no previous convictions and that as a consequence of his actions he had been ostracized by his family and the community.

In respect of this he suspended the final five months of this sentence meaning Nugent will serve 15 months.

Judge Aylmer backdated the sentence to when Nugent went into custody on October 7th, 2021.

He was also placed on the sex offender’s register.

Man jailed for 15 months for spying on naked children in Aura was last modified: November 3rd, 2022 by Staff Writer
FacebookTweetLinkedInPrint