Two Donegal based female farmers will appear on the new TG4 four part series ‘Mná na Talún’, starting on the 23rd of November.

Bríd Ní hIcí aims to be as self-sufficient as possible – growing vegetables and keeping pigs and goats on her small-holding in Gaoth Dobhair. Hannah Doherty is a young, enterprising sheep farmer on the Derry-Donegal border.

In the first episode spring is upon us as we meet Bríd, gathering seaweed on the beach in Gaoth Dobhair– it’s a natural fertiliser for use in her polytunnel, and reflects her interest in self sufficiency and natural farming methods.

We are also introduced to her small family of animals – her goats and horses, as well as Séamus and Pádraig, two young pigs being reared for their meat

Hannah Doherty is in the middle of lambing season the busiest time of the year for Hannha and her husband Tommy.

We witness Hannah handling a difficult birth that thankfully results in a safe delivery and we see Hannah hand feed the safely delivered lamb. 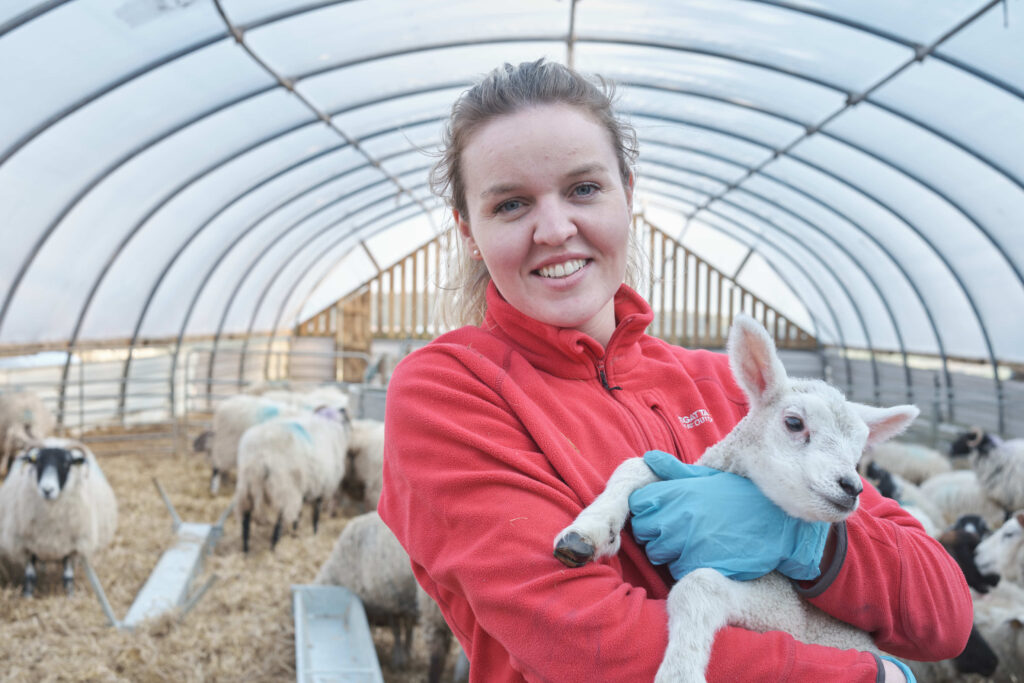 We meet Úna Ní Bhroin and learn of her commitment to organic farming as an ethical and environmental choice – and the financial difficulties and stress this can create, particularly as a working mum of four children.

Clíona Ni Chonghaile introduces us to the unique and  stunning landscape of Inis Mór on the Árann Islands, and how it supports a particular type of cattle farming not found anywhere else in Ireland.

Clíona’s main concern is that this traditional way of farming is under threat as young people are more reluctant to stay on the island.

This four-part series for TG4 made with the support of the Irish Language Broadcast Fund (ILBF) was produced by Dearcán Media.