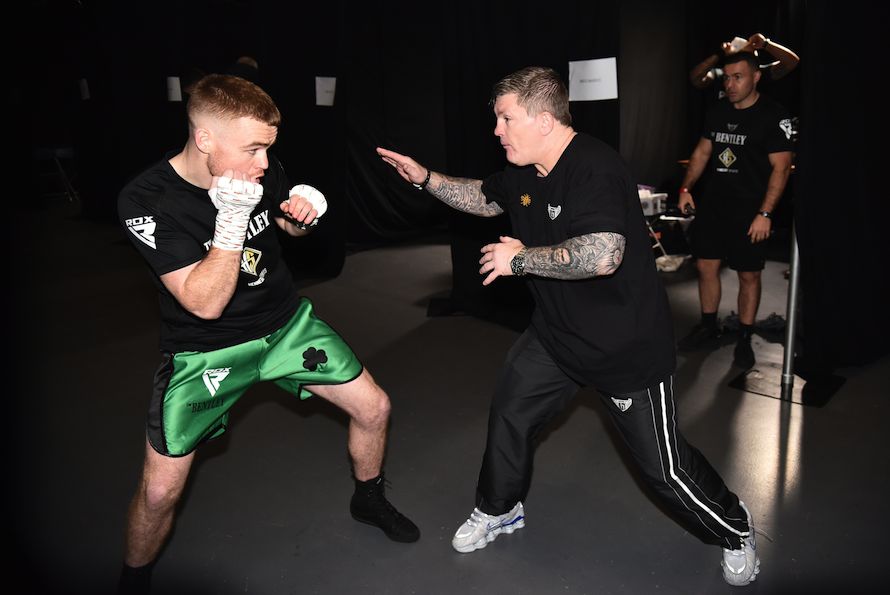 The chants of ‘There’s only one Brett McGinty’ rang around The National Stadium even before he came out for his fight and the crowd gave him an extra push from the start.

The St Johnston middleweight was well on top in the six round fight, but couldn’t put the experienced Italian down.

The 24-year-old McGinty however was awarded the win by a points decision of 59-55, to move to 6-0 in his professional career.

McGinty is trained by Ricky Hatton, and the former light-welterweight world champion was in McGinty’s corner for the fight, with fellow Donegal man Jason Quigley, apart of his management team of SheerSports,  also in support.