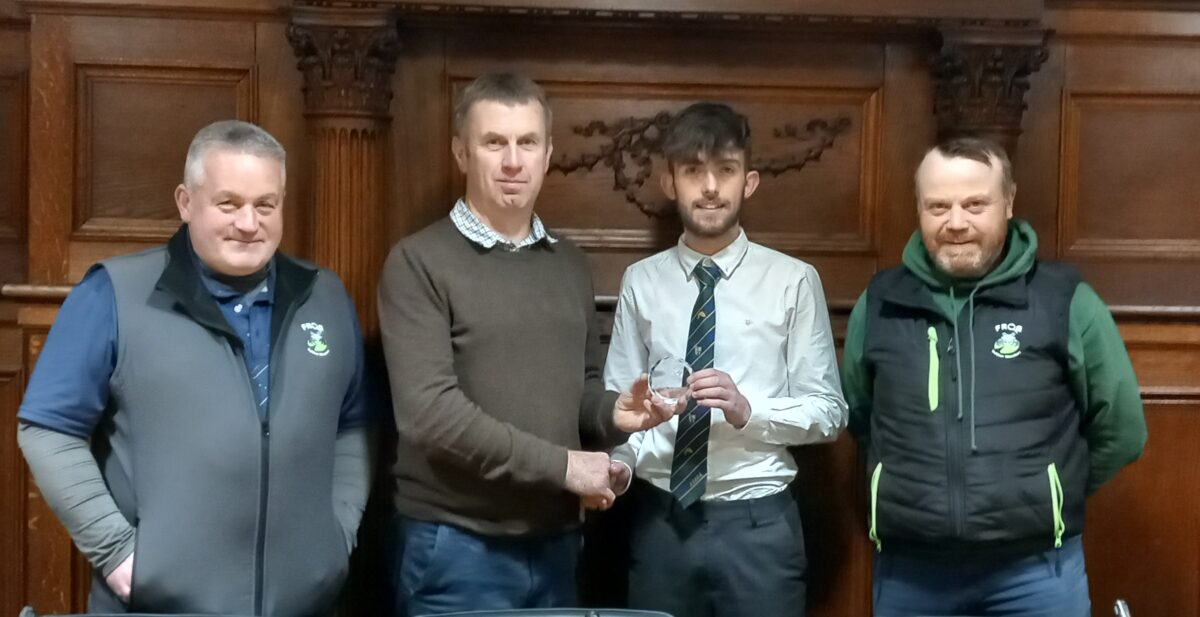 A presentation was made to Fintan Kilpatrick on Monday evening 28th November by the Elected Members of the Lifford Stranorlar Municipal District.

Fintan Kilpatrick, struck Gold with the Irish Youth International Fly Fishing team on Lough Lene, Westmeath in late summer.  This was a season of great satisfaction within the ranks of the Deele Community Anglers in East Donegal. 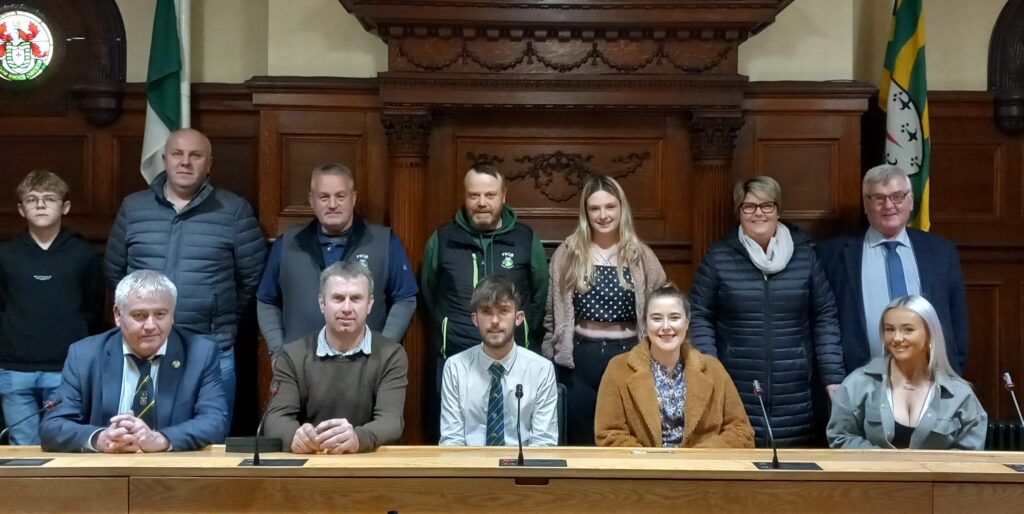 Cllr. Patrick McGowan, Cathaoirleach of the Lifford Stranorlar Municipal District, conveyed his apologies that he was not able to be present to congratulate Fintan on his well deserved success but wished him well in his future sport.

Cllr. Liam Doherty speaking at the event, said ‘it is with great pleasure to be here to celebrate Fintan’s success and the sport of angling should be highlighted and recognised equal to other sports”.

Cllr. Gerry Crawford congratulated Fintan and wished him all the best in his now senior competition angling adventures. 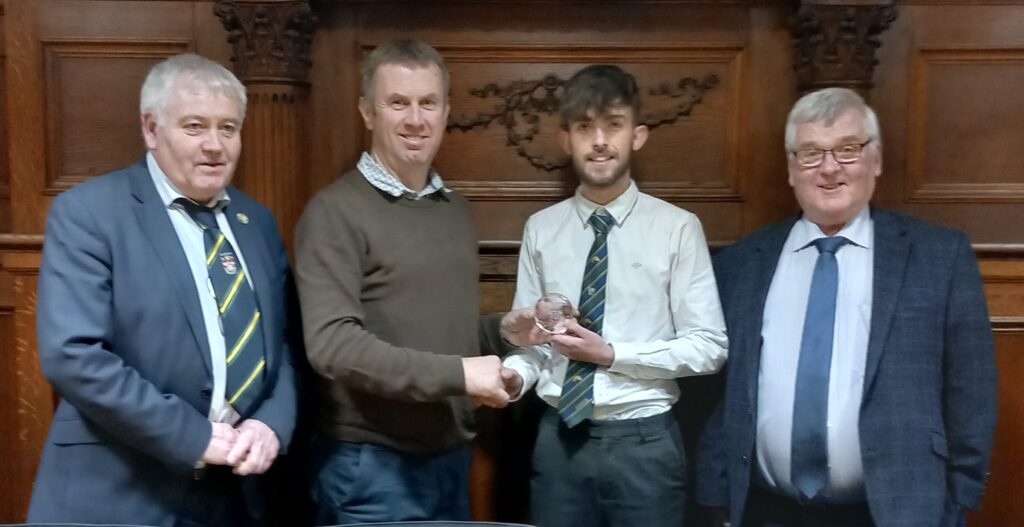 In addition, Cllr. Martin Harley said ‘it was great to see youth involved in the sport of angling and paid tribute to the Angling Coaches and Members.’