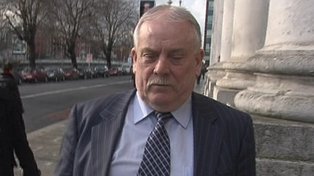 A BUSINESSMAN behind a series of Donegal property developments was briefly jailed today for breaches of fire regulations – before being fined and given a suspended prison sentence.

Tom McFeely was placed in custody pending sentencing for breaches of regulations in a Dublin apartment complex.

The director of Coalport Ltd later received a six-month suspended prison sentence and a maximum €3,000 fine.

Dublin District Court heard of fire safety breaches at the Priory Hall apartment complex, including a lack of automated opening vents in common areas, a lack of ventilation in the basement car parks and exposed gas pipes.

Counsel for Dublin City Council said evidence from the fire officer showed that defects had not been remedied despite six separate undertakings by Mr McFeely since December 2009.

Defence counsel said his clients did not have enough time or money to complete the works.

He said the High Court had ordered similar works at another apartment complex in Clondalkin, which cost €97,000 and for which Mr McFeely received a conviction.

The Irish Nationwide Building Society had a profit-sharing agreement in the Priory Hall development but had failed to provide funding for the works, he said.

Imposing sentence on the defendants as legal owners of the complex, Judge James P McDonnell said evidence showed that it was not built in accordance with planning permission, which he said ‘seems to indicate an attitude which is a begetter of the problems they now face’.

McFeely, a former IRA hunger striker from Co Derry, had extensive property interests in Co Donegal over the years.

He refused to speak as he left court today.