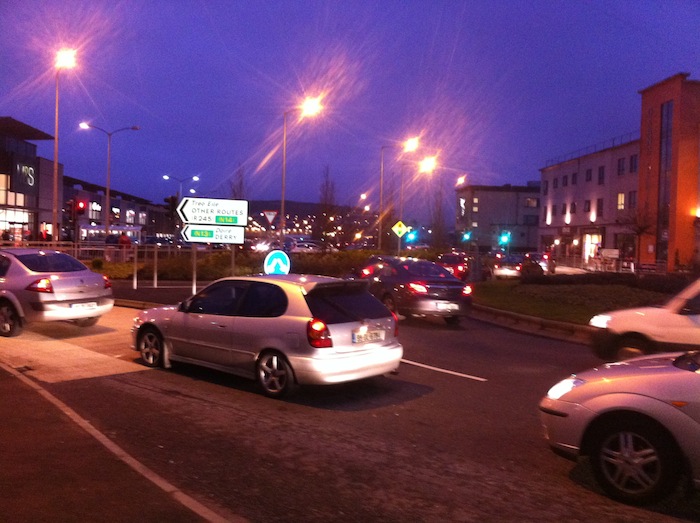 BREAKING NEWS: TRAFFIC CHAOS AS SHOPPERS COME OUT IN THEIR THOUSANDS 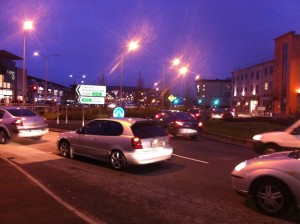 GARDAI are asking shoppers to be patient this evening because of long traffic delays in most of our major towns.

Letterkenny is particularly bad – mainly due to poor driving.

Traffic on all major routes into the town are very slow.

For example cars tailed back from Oldtown to well past Scoil Cholmcille boys school.

Many drivers are choosing to turn back rather than wait.

But they aren’t being helped by motorists choosing to block box junctions on several routes.

A Garda on a bicycle was ticking off some motorists for blocking roundabouts at that end of the town.

Traffic is also very slow in Donegal Town and in Buncrana as people try to grab last minute Christmas presents.

But spare a thought for anyone mad enough to have gone to Derry this evening.

The PSNI are reporting delays of up to 90 minutes in and around the city, with queues to Foyleside tailed back beyond the Craigavon bridge.

It’s the same story in the Waterside.

BREAKING NEWS: TRAFFIC CHAOS AS SHOPPERS COME OUT IN THEIR THOUSANDS was last modified: December 23rd, 2011 by admin
Facebook0Tweet0LinkedIn0Print0