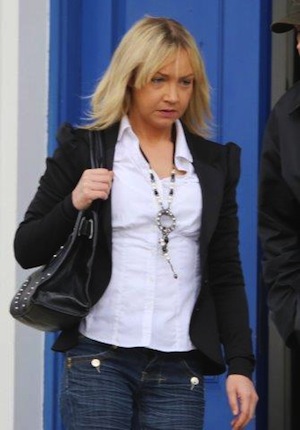 A man who was almost struck by a drunk-driver after coming out of church with his children drove after the woman before pulling the keys out of her car.

The man, Winston Kee, had come out of church with his two children in Carnone, Raphoe when the incident happened.

Mr Kee was driving home around 11am on September 14th last when a black Seat Ibiza came around a bend on the wrong side of the road forcing Mr Kee to swerve to avoid a collision.

He performed a u-turn and drove after the car and eventually pulled out in front of it forcing it to stop.

Behind the wheel was Ms Majella McCrory who admitted having drink taken.

Gardai said they got a strong smell of alcohol from Ms McCrory and she was taken to Letterkenny Garda station.

Defense solicitor Kieran Dillon said his client had been employed in accountancy-type work but had ben laid off recently after more than six years.

He said she would have been better staying home that morning but she had decided to travel to see a friend and chat about her situation.

The court heard the mother-of-two also had a conviction for a similar offense in Strabane.

And he added “I presume she is aware she will have to do something with her alcohol issue.”

MAN DROVE AFTER DRUNK-DRIVER AFTER ALMOST BEING HIT WHILE COMING OUT OF CHURCH was last modified: November 4th, 2014 by Stephen Maguire